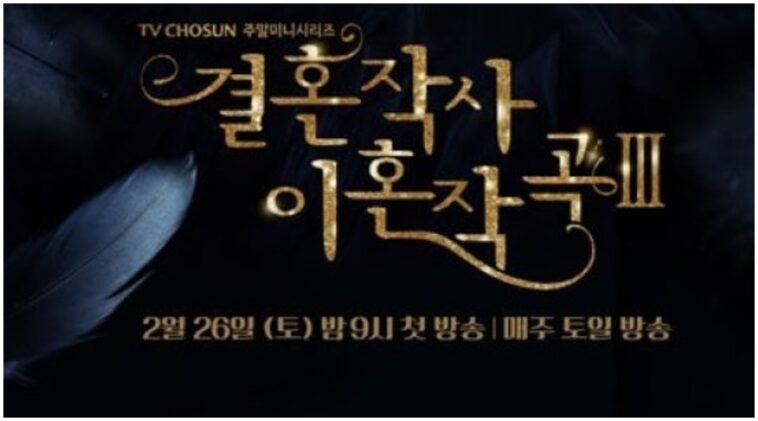 This drama was broadcasted to take over TV Chosun’s finished drama, Uncle.

The marriage which started with the full of love slowly brought into divorce because of lies and infidelity.

This drama tells a story about three adult women with their couple, Pan Sa Hyun (Sung Hoon), who tried to persuade his wife to maintain their marriage can’t keep his couple’s desire to divorce.

Meanwhile, Shin Yu Shin (Lee Tae Kon) continued his affair with A Mi (Song Ji In) while he tried to be loyal to his wife.

Park Hae Ryun (Jeon No Min) decided to leave his wife and children to follow his affair.

He is the husband of Boo Hye Ryung’s who is falling love with his affair and accidentally his mother likes her and it brings to conflict with his wife.

She is the wife of Pan Sa Hyun who decides to give up on her marriage because her mother-in-law seems to love her husband’s affair more than hers.

He is the husband of Sa Pi Young who has affair for a long time behind his wife and act faithful to his wife.

She is the wife of Shin Su Yin who always thinks her husband is perfect and never cheats while his husband has a long affair with another woman.

She has left by her husband with their child because he decides to leave his family and starting a new life with his affair.