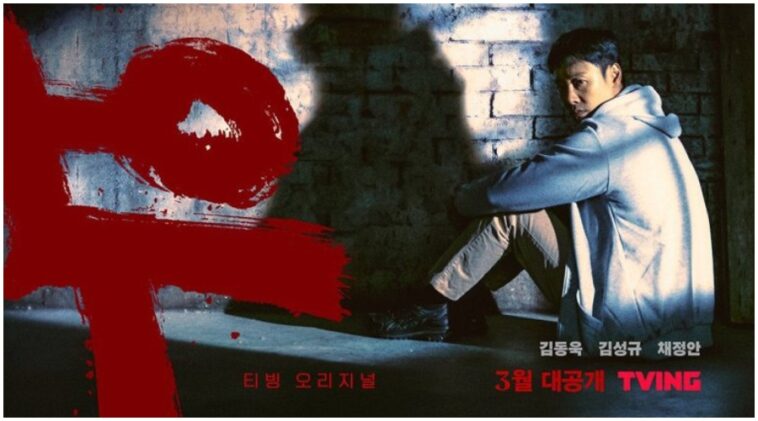 TVing released another drama from webtoon adaptation. The King of Pigs will be played by Kim Dong Wook, Kim Sung Kyu, and Chae Jung An.

This web series is the remake from a film with the sama title in 2011.

Synopsis of The King of Pigs

This drama tells a story about an adult named Hwang Kyung Min (Kim Dong Wook) who has been a bullying victim twenty years ago, but tried to heal his wound by pretending to be happy in front of his family.

One day, he gets an anonymous message that reminds him about his trauma and triggers his emotions.

On the other side, a detective named Jo Jung Suk (Kim Sung Kyu) also gets a mysterious thread from someone that makes him remind of his old friend twenty years ago.

So, he tries to stop the murders by collaborating with his partner Detective Kang Jin-A (Chae Jung An) to catch the perpetrator.

He is an ordinary student in high school who unfortunately gets bullied by his school relative twenty years ago.

Kyung Min tries to live happily after graduation, but something changes his characteristic after getting an anonymous message.

He is an excellent detective who gets sudden message from his old friend that brings his memories about a bullying twenty years ago. Now on, he tries to solve the murder case with his partners.

Chae Jung As as Kang Jin A

She helps Jong Suk to finish the murder case of a serial killer. She is also has enthusiastic about her career and has a strong charisma.

Trailer of The King of Pigs