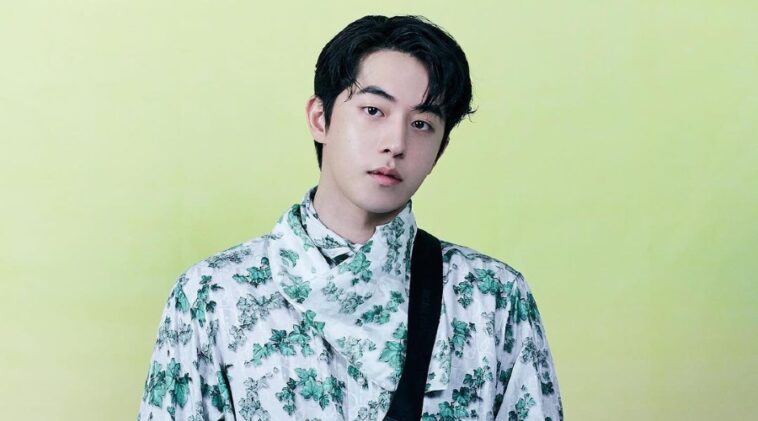 Nam Joo Hyuk didn’t always want to pursue a career in the entertainment industry. He used to dream of becoming a professional basketball player.

He even played in a team for around three years. But after suffering an injury, this young man had to change his dream.

Later on, Joo Hyuk moved from Busan to Seoul. He participated in the contest Top Model sponsored by K-Plus. He managed to come out as the winner and joined the modeling agency.

This Pisces man began his career as a model in 2013. He made his debut working for SONGZIO Homme in the 2014 S/S collection.

He then appeared in Give Love and 200% music video by Akdong Musician in 2014.

Still in 2014, Joo Hyuk made his debut as an actor. He starred in a TV series titled The Idle Mermaid.

Just a year later, he got a role in the drama Who Are You: School 2015. His performance got him some attention from the public.

Later on, he would get several supporting roles such as in series Glamorous Temptation (2015), Cheese in the Trap (2016), and Moon Lovers: Scarlet Heart Rye (2016).

His popularity began to rise in late 2016. At the time, he got the lead role in Weightlifting Fairy Kim Bok-joo.

The series got quite a lot of fans and was also quite successful overseas, especially in the Philippines. For his performance, Joo Hyuk won the Best New Actor Award at MBC Drama Awards.

1. Joo Hyuk can rock any outfit

3. He makes a great model

4. His face is flawless

5. Joo Hyuk is looking cool and mysterious in this shoot

Nam Joo Hyuk had to rethink his dream after suffering injury in basketball. His strong determination enables him to be a successful actor.