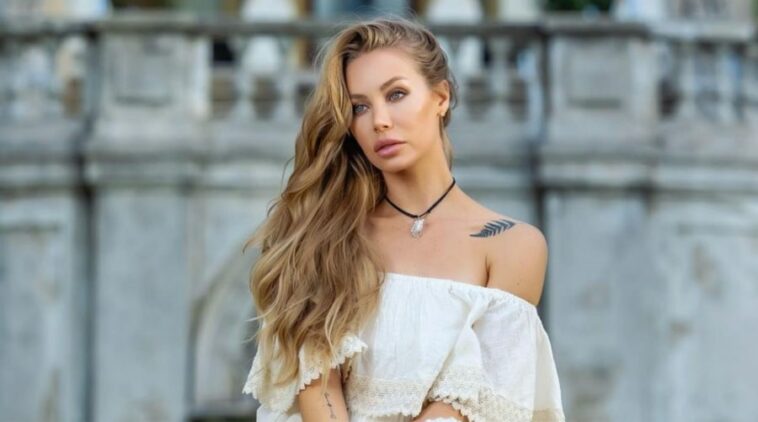 She is also popular with her appearance in Penthouse magazine’s Pet of the Year in 2013. Not only that, but Nicole is active on social media and got a lot of followers

Nicole Aniston made her debut as an adult actress in 2009. He debuted in a video released by Sticky Videos.

Later, she began working with Reality Kings in late 2010 and starred in a number of jobs at the time.

Because of her work as an adult actress, she also got the opportunity to appear on magazine covers. Thus, in early 2012, Nicole became the lead model for Penthouse magazine.

Later, he won Pet of the Month in August 2012 and Pet of The Year in 2013. She did a lot of photoshoots and became a model because of the talent she had.

In addition to being active in the adult industry, Nicole also looked into business by launching her own website.

The web she developed is subscription-based and allows fans to view exclusive content – photos, HD videos, and GIFs.

In 2018, Nicole teamed up with Fleshlight to develop a realistic sex toy. In this case, she becomes a brand ambassador to promote the product.

Besides that, she was also involved in feature dancing in 2018. In fact, she performed in clubs across the United States to meet with her fans and dance.

Her net worth is estimated to be $1.5 million. Her wealth is earned from her job as an adult actress, model, endorsement, and OnlyFans account.

Nicole Aniston pursued her career hard to achieve success. She became a public figure who had many fans because of the paid content she sold and her social media presence.