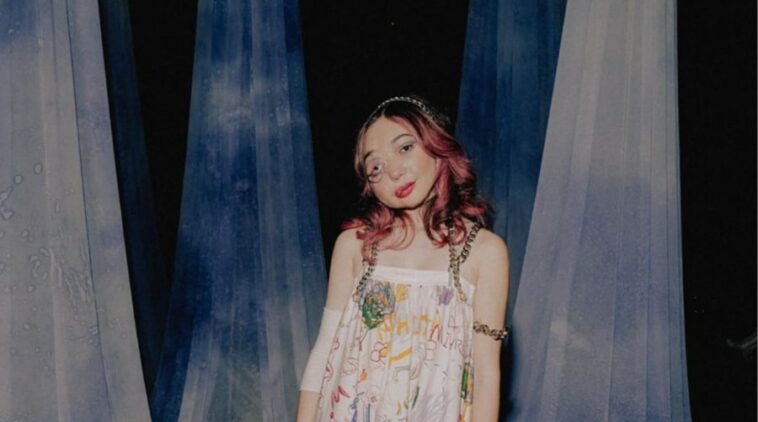 Her name became popular when she shared her videos on YouTube about make-up tutorials, tips, baking tips, and beauty product hauls.

Not only that, but she also shared information about chronic illness, bullying, mental health, baking, and beauty on her YouTube.

Nikki Lilly also expanded her career to the TV show.

Nikki Lilly started her career when she was 8 years old by creating a YouTube channel. The first video she posted was called My first attempt at singing Over the Rainbow. In the video, she sings the song, Over the Rainbow.

The video received a good response from the audience, which motivated her to create even better content.

After that, she returned to creating content, but not about singing videos anymore, but videos about beauty vlogs.

She also made a video about Q&A, which contains questions from her loyal fans.

Not only her career on YouTube, but she also tried out her career on television. Evidenced by her appearance on a TV show, Junior Bake in 2016 and she became the winner.

In 2018, she became a presenter on one of the shows, Nikki Lilly Meets for CBBC. During her time as a presenter on the show, she interviewed many important figures.

Like others Instagram stars, Nikki Lilly tried to keep her love life private. It is not known if she has a relationship with a boyfriend or not.

There is not much information about her previous romantic relationship as well.

But, she is most likely single now. However, it is possible that she secretly has a boyfriend.

Nikki Lilly’s net worth is around $5 millions. Her main net worth comes from YouTube.

Nikki Lilly started to share her videos on YouTube when she was 8. She also gained a lot of subscribers there. She certainly made a lot of money from that platform.

With millions of followers, Nikki Lilly provides her merchandise for her fans.

According to Nikkililly.myshopify.com, the merchandise was sold for 20 to 40-pound sterling.

“Slowly learning how to tie a tie!”

“Can’t imagine myself wivout it now!!”

“i’d be lying if I said this was all the same week but at least I finished it for once!!”

“the same but v different”

Despite not having the same face as other people in general, it does not make Nikki Lilly sad and desperate.

Instead, she shows that by having physical limitations, one can still work and achieve dreams to become successful.