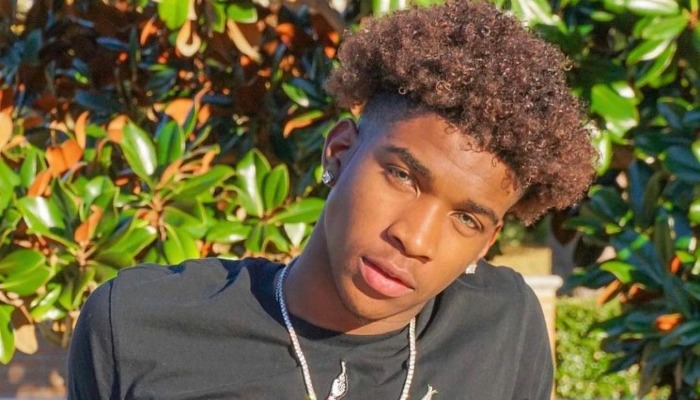 Q Shamar Stenline, known as SwagBoyQ, has posted pranks, lip-syncs, and challenge videos on his TikTok account. His biggest hit is also about comedic sketches.

He became a social media celeb because Stenline had always loved acting, singing, and dancing since he was a child.

As he knew people can get famous with social media, this TikTok star then tried himself. His first viral video was when he pranked his friends using orange juice.

He launched his YouTube channel named SwagBoyQ in May 2012, but Stenline uploaded his first video in November 2018.

There, he also shared his crazy experiences, vlogs, and pranks. The majority of Stenline’s YouTube videos are his TikTok compilations.

In January 2020, Stenline was invited to the Famous Birthdays office for Q&A and to play Guess Their Age game.

In July 2020, this Internet star was interviewed by Taylor Lorenz, a reporter from the New York Times to talk about the TikTok ban issue.

2. His grey eyes are fascinating

3. He is sitting in a car wearing an all-white outfit

5. He matches his shoelace with the blue car

SwagBoyQ eventually manifests his dream as a celebrity through social media. He has earned millions of followers across platforms.