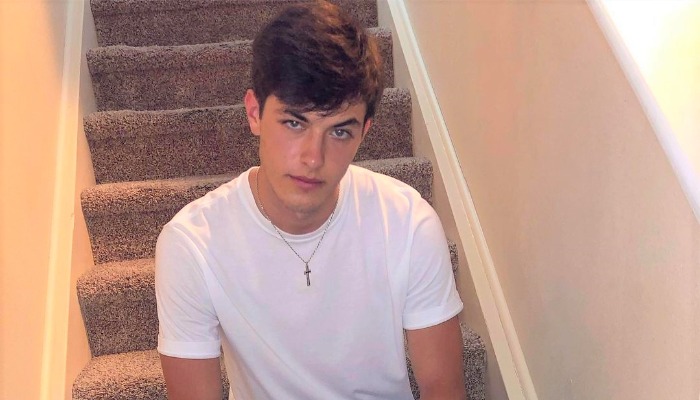 Griffin Johnson has been interested in modeling and Internet fame, and his friend told him to download TikTok.

As he got more popular, he moved to Los Angeles and joined a social group named Sway House, along with Josh Richards, Kio Cyr, and Bryce Hall. Griffin also signed a contract with a talent agency named Talent X.

This Internet celeb also made a YouTube channel in September 2018 and shared vlogs, reaction videos, and Q&A sessions with other Internet stars.

In 2020, he was cast for Brat TV’s web series named Attaway General as a nursing student.

This Internet star also started posting videos on the new social platform named Triller in July 2020 and had gained more than 100,000 followers.

He has collaborated with Anthony Reeves, Jaden Hossles, and Payton Moormeier. His profile has been featured in famous media, such as Forbes, Yahoo! Finance, and Daman magazine.

1. Griffin takes a photo with his beloved dog

2. A glowing selfie from the TikTok star

4. He poses in front of a black car

5. Griffin’s side profile is charming

Griffin Johnson’s dream as a social media star has come true. He continues growing his career by learning related things.