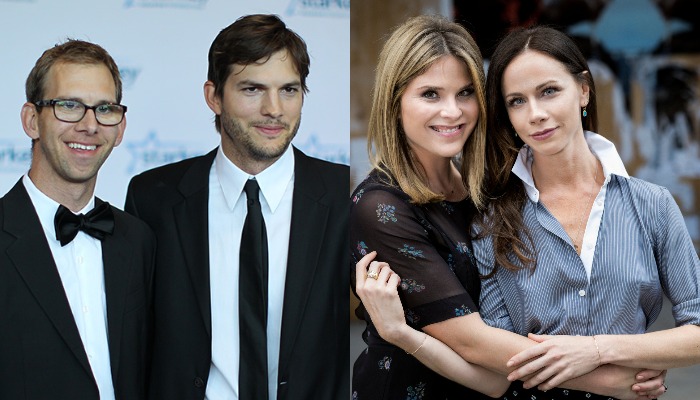 Do you know that some celebrities have twin sister or brother? They look very close and loving each other.

Some of them are even identical twins which have almost completely similar looks. Moreover, some of them prefer to choose different job with her/his twin.

Let’s see, 9 Hollywood stars who have a twin brother and sister and how is the relationship between them.

1. Aaron and Angel Carter is fraternal twins. Both are very close since they were young. Thus, Aaron walked down Angel Carter to the aisle in her wedding party

3. Because of the similarity of their faces, Benji gave Joel’s driver license when he got the penalty from a police officer

4. A singer and DJ Samantha Ronson has a twin sister Charlotte. She chooses to be a designer which is a very different field from Samantha

5. Two famous young actor, Cole and Dylan Sprouse are identical twin brothers. They have been famous since they were young until nowadays

6. One of the celebrities who you do not know have a twin probably is Scarlett Johansson. In one interview, Johansson said that Hunter is the person she loves the most

7. Aaron is an identical twin of Shawn Ashmore. Both are famous actor and having handsome faces

8. Tia Mowry said that her daughter had misrecognized her to her twin sister Tamara twice

9. Aston Kutcher has a twin brother Michael Kutcher. Michael has a cerebral palsy before he entered a kindergarten

Read more: 10 Best Blazer Looks of Celebrity You Must Follow

Those all the celebrities who has a twin who is a fraternal and identical twin. Who is the best twins in your opinion?