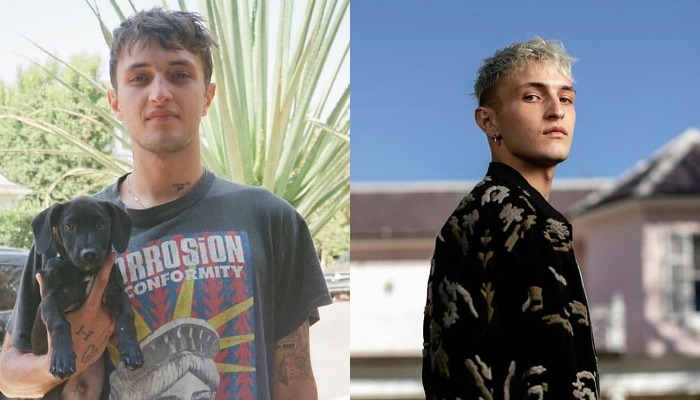 People must know the high quality gen of The Hadid, especially Gigi and Bella. Both are very beautiful and successful models and angels of Victoria Secret.

They have a very handsome and cool brother, Anwar Hadid who chooses the same path of career with his sisters.

He has a tall body and manly personality. He will make people in love with him when they see his face.

Here are 10 styles of Anwar Hadid, the younger brother of Bella and Gigi Hadid.

Read more: These 10 Celebrities Have A Baby At Young Age

1. Anwar Mohamed Gerard Hadid or Anwar Hadid was born on 22 June 1999. He is 3 years younger than her sister, Bella Hadid

2. Anwar is a model like his two beautiful sisters, Bella and Gigi

4. His first debut as a model began on October 2015 in Nylon

6.He appeared in The Real Housewives of Beverly Hills television program

7. He and Dua Lipa adopted a cute puppy, which they call Dexter

8. Anwar is the youngest in his family. His older sister is Gigi Hadid while Bella is his second sister

9. Anwar opens his brand for jewelry and accessories with musician Yoni Laham

Anwar and Dua Lipa seems really in love with each other. They always spend time together, which were captured by reporter. What do you think about Anwar Hadid as a handsome model?