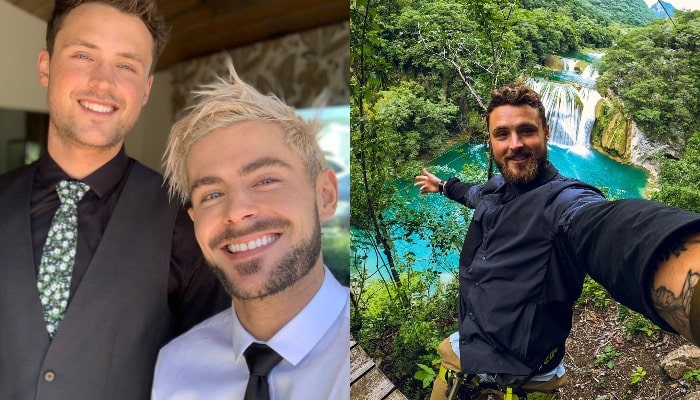 He is not only a Instagram star who has huge fans, but also a creator and an athlete. He loves doing outdoor activities which he shares in social media.

Dylan Efron was born on 6 February 1992. He is 5 years younger than Zac Efron, who was born in 1987. Here are 10 handsome pictures of Dylan Efron, who makes fans falling in love.

1. He looks alike to his brother, Zac Efron. Both have blue eyes and a beard

3. Dylan Efron loves doing scuba diving and surfing every time he is near a beach

4. Dylan graduated from California Polytechnic State University and taking a Bachelor of Science Degree in Economics

5. He posted a poem entitle A Brotherly Thing

6. He was in a relationship with Stella Hudgen, Vanessa Hudgens’ younger sister

7. He attended the Mammoth Film Festival in 2019

8. Dylan and Zac Efron are really into Basketball. They sometimes watch basketball game together

9. He has a very manly and proportional body, a typical athlete body

10. He also loves nature. He spends his time outdoors to enjoy the view

He is a famous Instagram star. He is always updating his news in Instagram to keep in touch with fans.

All people agree to the fact that the he is handsome and attractive people. Do you love Dylan Efron too?