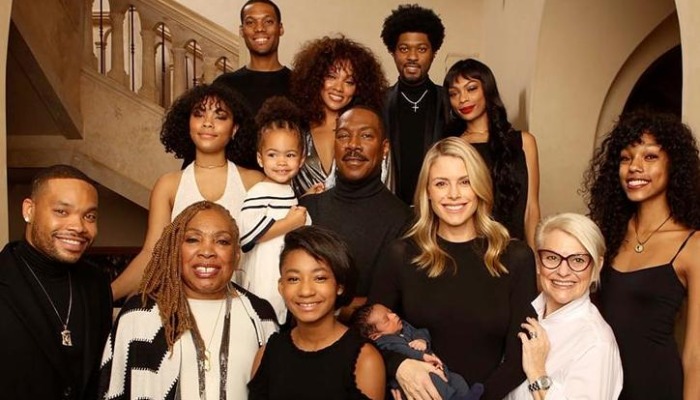 Having big family makes your life more colorful, since there will be a lot of people around you and you will spend a lot of happy times with them.

It is probably one of the reasons why people want to have a big family with their partners.

Some Hollywood stars also have many children. These are 9 celebrities who have big families, with lovely and cute kids that we summarize for you.

Read more: These 9 Celebrities are Ageless in Their 40s

2. Chris ODonnell, an actor who plays in Batman and Robin 1995 got married to Caroline Fentress. Since their marriage, he has 5 children. They are Lily, Maeve, Charles, Finley, and Christoper

3. Clint Eastwood should nominate as a parent with many kids. He has 8 children from his first and second marriage. Moreover, Clint also has a child from his affair

4. A comedian, Eddy Murphy has 10 kids from 5 women. He has 5 children with Nicole Mitchell Murphy, one child with Tamara Hood Johnson and Paulette McNeely, one daughter with Mel B and two kids from Paige Butcher

5. James Van Beeks and Kimberly Brook seem preparing well for their children. They gave 2 years apart for every child from 2010 until 2018. In 2019 they had a miscarriage for their 6th child

6. Oliver James has 5 kids from his 20 year marriage to Juliette Norton. He has 4 beautiful daughters and 1 son who was born in 2016

7. The Kardashian-Jenner family has a lot of family members. Kriss Jenner has 4 children and Caitlyn Jenner has 4 kids before they got married. Moreover, they also have two lovely daughters from their marriage

8. Kevin Costner has 7 kids from three women. His three kids are his relationship with Cindy Silva, one son of Bridget Rooney and three other children with Christine Baumgartner

9. A handsome musician, Taylor Hanson is the father of 7 kids. His youngest child was born in December 7th 2020

Read more: 9 Best Friendships Between Celebrities That You Should Know

All the celebrities above have many children from their marriage. What do you think about it? Do you also want to have a big family?