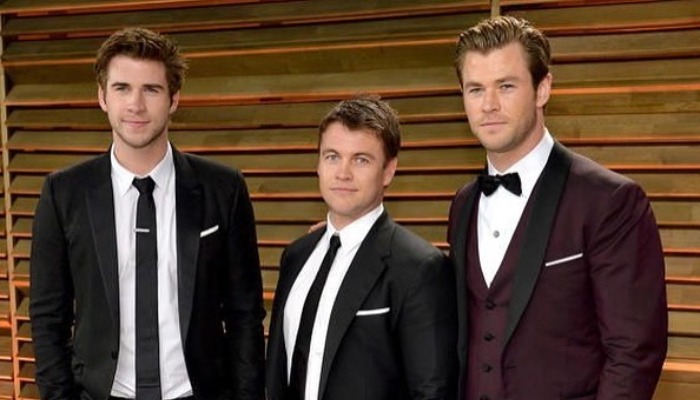 Three of them are a great actors who play in many big movie as well as television series. Here are 10 facts about the Hemsworth family.

2. Three of them already got married. Luke married with Samantha, Chris married with Elsa Pataky, and Liam with Miley. Even they had ended their relationship

3. Liam and Luke ever joined in The Elepant Princess film. Liam plays as Marcus, while Luke plays as Harry

4. Then, Chis and Liam involve in television kid program, The Saddle Club

5. People always think Liam and Chris are twin, however, they are 3 years apart

6. Liam and Chris are potential actors for Thor. However, the producer decides to pick Chris for this movie

7. They love playing around and mock each other in their Instagram. One time, Chris and Liam ever played with their magazine cover photo while shared  bad habit of them to their fans

8. Luke and Chris already have children. Luke has 4 children and Chris has 3 children

9. They started their career as Australian actors

10. They join fundraising event for Australian Childhood Foundation on November 2015

Read more: These 10 Celebrities Have A Baby At Young Age

Three of them are loving and caring each other. They are very successful actors and gain many awards.

Many people love them because of their career and kindness. Who is your favorite star from three of them?