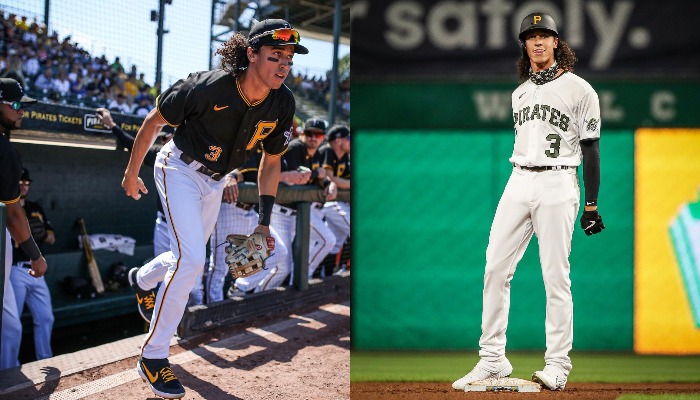 Vannesa Hudgens, an American actress who has rumor dating with Cole Tucker after they were seen together, having a dinner at Pace in Laurel Canyon.

A source told to Elle news that both were spending their time together in the new year’s eve.

After breaking with Austin Butler for 9 year relationship, she decides to start a new love story with a baseball player at the end of 2020.

Let’s get to know more about Cole Tucker and see the handsome face of him in these photos below.

1. Cole Tucker is a baseball player for the Pittsburgh Pirates of Major League Baseball since 2019

3. He plays as a outfielder, a person who in one of three defensive positions

4. He is a big fan of Arizona Diamondbacks or D-Backs

5. His brother, Carson is also a professional baseball player for Cleveland Indians

6. A mole under his lip makes Cole Tucker’s look cute and sweet

8. His younger brother, Quinn Tucker is a photographer and film maker

9. Cole was born from African-American father and white mother

10. He has long curly hair and lovely black eyes

Vanessa posted a picture of her with the caption ‘date night’ which people speculated taken by Cole Tucker.

They are 8 years apart, but seems loving each other very much. Congratulation for Cole Tucker and Vanessa Hudgens!