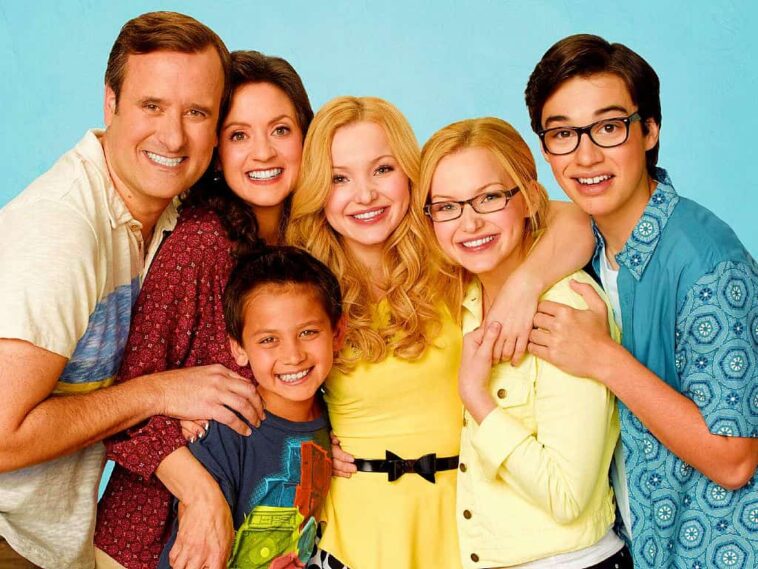 They have completely different personalities. Liv is a girly lady from the Hollywood star, while Maddie is a tomboy girl who loves sport.

The Rooney family consist of 5 people, Liv, Maddie, Joey, Parker, Karen and Pete. They live happily and loving each other.

This sitcom ended on March 24, 2017, and people are still in love with this television series. Here is the latest news from Liv And Maddie Sitcom.

Dove Cameron played as the twins Liv and Maddie. Probably, 2019 is the busiest year for Cameron, since she got a very full job, such as Celebrity Family Feud, Descendants, Marvel Rising Specials, voice over of The Angry Birds Movie 2 as well as The Light in the Piazza.

Then in 2020, She also plays a The Disney Family Sing-along and releases her new single We Belong. She won a Kid’s Choice Award for Favorite Movie Actress category.

Benjamin King acts as Pete Rooney, a father of Liv and Maddie.

In his Instagram, he always shares lovely pictures with his wife, Laura King and his children, Megan and Emily.

Joey Bragg will play in upcoming sitcom, Call Your Mother on ABC, which will release on 13 January 2021.

He will play as Freddie Raines, a son of Jeans Raines. He is in relationship with  Audrey Whitby, the Thunderman in Liv and Maddie television series.

Read more: 10 Facts About Courtney Love, Having A Problem With Olivia Rodrigo

Kali Rocha decided to marry with Michael Krikorian in 2016. After she has finished to filming Liv and Maddie project in 2017, he plays in Man With A Plan until 2020.

She also ever voices over American animated comedy, Harvey Street Kids in 2019.

Tenzing Norgay Trainor played in Liv and Maddie when he was 8 years old. Then, he grows up to be a very handsome teenager.

In 2020, he plays in American Housewife, television show as Trevor.

Then, He becomes a presenter in The 47th Annie Awards, which he got nominations Outstanding Achievement for Voice Acting in Abominable film.

All of the cast members grow to be successful and talented celebrities.

They sometimes still meet each other in real life, such as Benjamin King and Joey Bragg. Do you want to see Liv and Maddie television series again?