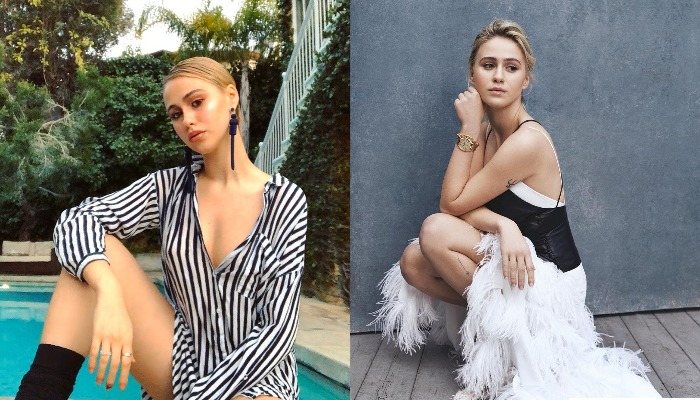 Maria Bakalova is new star who has gained many awards since her debut acting skill.

She began her job as an actress since 2017, but can win over an award a year from her debut year, 2018. She is not only a talented star, but also a pretty and lovely celebrity.

Her name became famous since she played in Borat Subsequent Moviefilm, which released in 2020.

She becomes a very successful actress for international areas. Therefore, we will know her better by knowing some facts about this young and beautiful lady.

2. She learned how to sing when she was 5 years old. She also loves playing the flute

3. Maria said that she loves acting because she can be anybody from various job and background

4. She studied her acting skill in the National School of Art. Then she continued her education in the Krastyo Sarafov National Academy

5. She began her acting skill in 2017 from a film XIIa as Milena

6. Her acting career in Borat Subsequent Movie Film brought her to be more successful and well known

7. She won the AltFF Alternative Film Festival for Best Actress from her film Transgression in 2018

10. Her latest project is an American comedy film entitled The Bubble, where she will play as Judd Apatow

Read more: 10 Most Beautiful and Sexiest Celebrities From Thailand

Maria Bakalova is a really great woman with a lot of awards for her works. She always put all efforts and the best thing she can through her project, therefore she gains from what she does.

What do you think about her? Are you Maria Bakalova’s big fan?