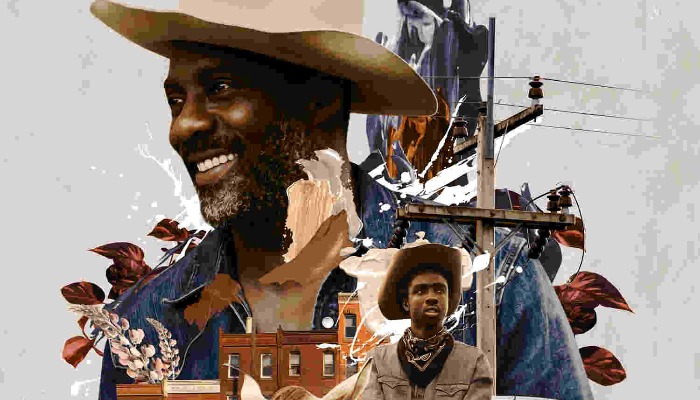 A story of Concrete Cowboy movie has released in April 2, 2021. However, this movie probably should be on your list must watch since there will be many moral value and positive vibe that you get after watching it in Netflix.

It is taken from a novel entitled Ghetto Cowboy from Gregory Neri. The main cast of this movie are Idris Elba and Caleb McLaughlin. Both will act as father and son.

The story begins when McLaughan whom has never met his father comes to a city where his father lives.

Furthemore, he meets with a group of cowboy, where he begins to learn how this community will work. Then, as he studies further, he realizes a lot of things including self-realization.

Now, we will see how two main cast of this story and how awesome they are when they dress up. Let’s check out.

1. Caleb McLaughlin is a young actor who was born in October 13, 2001. He begins his career from The Lion King musical

2. He can dance well. He studies at Happy Feet Dance School di Carmel, then moves to The Harlem School of Arts

4. He also played as main character in Stranger Things in 2016, when people began to know him well

5. He won Outstanding Performance by an Ensemble in a Drama Series category at Screen Actors Guild Award in 2017

6. His father in this movie, Idris Elba is well known from his acting in The Wire as Stringer Bell

7. He married three times and having two lovely kids from his relationship

9. He is also one of 100 people who are the most influential in UK from The Powerlist

10. His upcoming films are The Suicide Squad, Three Thousand Years of Longing and The Harder They Fall

Idris Elba and Caleb McLaughlin are very talented people in acting industry. However, have you watch this movie? What is your opinion about it?