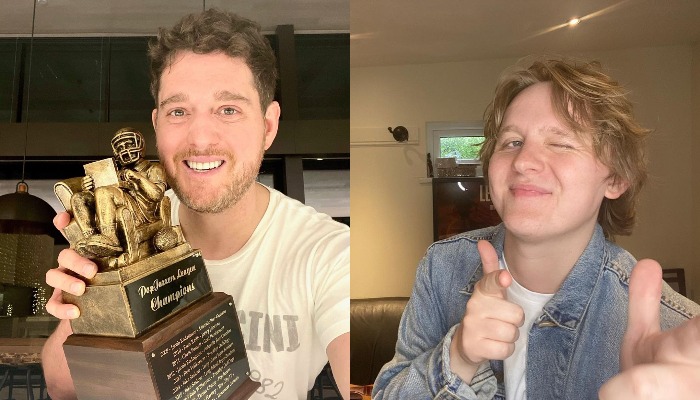 To get some inspiration of songs, sometimes a songwriter finds it through the things around them. It can be also from his/her true story in life.

Therefore, they want to share their life stories through the work they make or accidentally make it to release their feelings.

Thus, we make the list of 10 singer who make masterpiece songs which they make from true stories in their life. Let’s see them closer.

1. A hit song from Adele, Someone Like You, gets the inspiration from the heartbreaking moment of Adele. She tells about the man Dan Wilson, a song writer for this song

2. Do you know that Maroon 5 also having a hard time before they get famous? They make a song entitle Harder To Breathe, to express how frustrating they are during their debut album

3. Ariana Grande’s Thank u, Next comes from a true story of her exes. She feels grateful for what they have done  and whatever happens which make her to be Ariana Grande nowadays

4. John Legend makes the song All of Me to his wife, Chrissy Taigen. “The more you know someone, the more you’re inspired by your relationship.” says John Legend

5. A collaboration song by Katy Perry and Nicki Minaj, Swish Swish tells about the liberation of negativity from people who tries to make people down. Some people said that this song is a response to Taylor Swift’s bad blood song

6. Piece by Piece from Kelly Clarkson gets the inspiration from her real life. Her parents divorced since she was young which makes her relationship with her father is not really close

7. Lewis Capaldi’s song Before You Go expresses the feeling of losing someone. It was inspired by the losing feeling of his mother when his aunt decided to do suicide

8.  Michael Bubble makes song Buble for his son who diagnosed with cancer and how lucky he is to be his father.

9. So What by Pink is a song which inspired by her husband. Pink also asked her husband to be a model in her music video

10. Taylor Swift always inspired by her surroundings when she makes a song. Like Syles for her ex Harry styles

Have you known about it? Which song and singer from 10 of them whom you love the most, and why you like it?