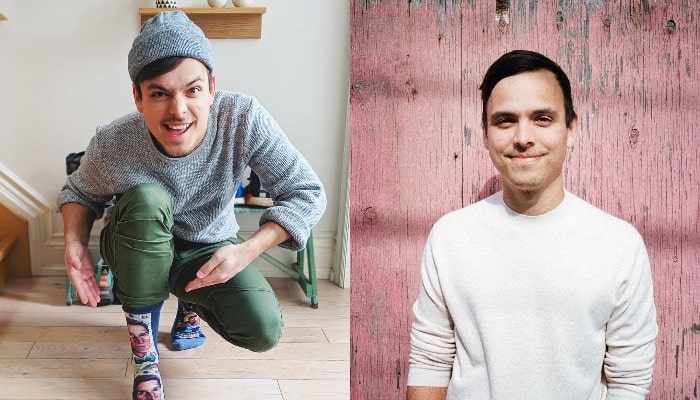 A channel YouTube AsapScience is one of educational channel which are watched by many people.

It was created by Mitchell Moffit and Gregory Brown since 29 May 2012. They already have more than 300 videos only for 8 years from the first time they do it.

Both Moffit and Gregory work very hard until they reach the popularity nowadays. They upload the videos every week that you can always see in their YouTube channel.

Let’s see the handsome looks of Mitchell Moffit, a host and content creator of AsapScience channel.

1. Mitchell Moffit worked in a laboratory and the travel industry before he chooses his path as Youtuber

2. His partner, Gregory Brown was a science teacher. Both decides to make their YouTube channel and their joke goal is to meet Bill Nye

5. They also write some best-seller book, such as Unexplained Phenomena, AsapSCIENCE: Answers To The World’s Weirdest Question in 2015

6. He also has a podcast, Sinenote on Spotify with his partner

7. After they gain popularity, Mitch and Greg ask for help from other people to do the task of writer, illustrator and editor

8. Now, they already got much money. Mitch tells that he could buy a house in The West end while travel around the world

9. He also collaborates with other companies such as GE and Bill Gates Foundation

10. He graduated from Guelph University and took Biology and Biomedical Science

Mitchell and Gregory have a bright and successful career. They always keep their job very well and upload video every week.

It would not be a secret why people love watching their videos, since they work so hard on it.