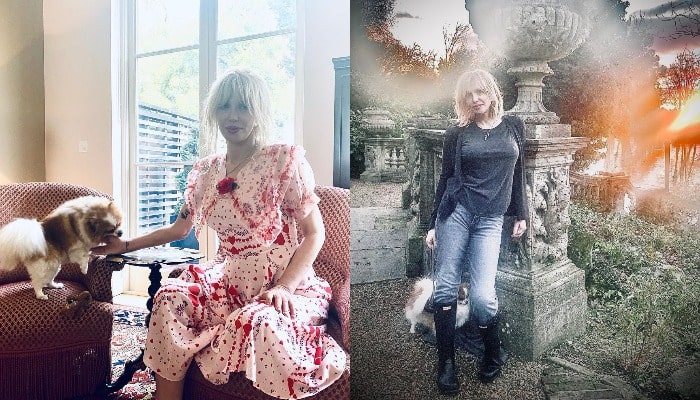 Some days ago, there was an issue between Olivia Rodrigo and a beautiful singer, Courtney Love after Olivia posted a picture to promote her concert film under the name Sour Prom in her Instagram and Twitter account.

Moreover, Love wanted Olivia Rodrigo to ask the permission first before using the same theme for her photo.

Then, Courtney gave comment in Olivia’s social media, which told people to see the differences between her photo and Olivia’s.

Her comment got the answer from Olivia which told her that she is in love with her photo.

Therefore, we  will look 10 facts about Courtney Love and some beautiful photos of her for you. Here they are!

1. Courtney Love is American singer, songwriter, as well as an actress who has a great voice

2. She is the vocalist of the band Hole. However, in 2003, she began her solo career with album America’s Sweetheart

3. She was born from a couple, Hank Horisson and Linda Carroll

6. Courtney love is also a great writer. She wrote a manga Princess Ai and Dirty Blonde: A Diaries Of Courtney Love

7. Love has one kid from her marriage. A beautiful lady, Frances Bean Cobain, who was born in 1992

8. Courtney really loves her dogs. She often takes a picture with her cute dogs