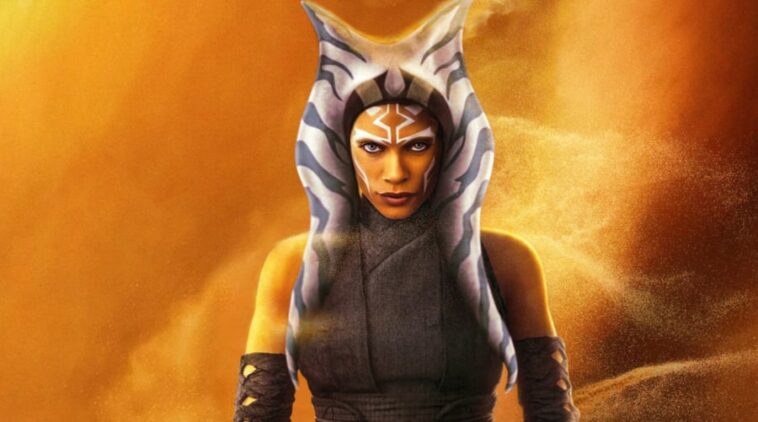 Ahsoka Tano is a female character who stars in the Star Wars cartoon and The Mandalorian series. She is a Togruta woman who helps build a network of various rebel cells to fight the galactic empire.

Ahsoka’s character traits include confidence and quiet strength. However, she can also be a more serious character at times.

She is also hot-tempered, arrogant, aggressive, passionate, stubborn, reckless, and impulsive, yet loyal, generous, and kind.

She is quite selfless as she is willing to risk her life many times to protect the innocent, as well as her friends.

Ahsoka also has excellent maternal instincts; she is kind and does not hesitate to apologize or admit when she is wrong.

Ahsoka has a fairly strong body. She has beautiful blue eyes. Meanwhile, her skin is orange in color with a slightly white face.

“I Like Firsts. Good Or Bad They’re Always Memorable.”

“Wait! Just Because There Hasn’t Been Any Survivor’s Before, Doesn’t Mean There Won’t Be Any This Time.”

“You Don’t Have To Carry A Sword To Be Powerful. Some Leaders’ Strength Is Inspiring Others.”

“They Already Suffer Under Your Rule. Surrender Or Face The Consequences. You Have One Day To Decide.”

“You’ll Find I Have Many Qualities For You To Dislike.”

“Then I will avenge his death!”

“I won’t give you that choice.”

“His attachment to you makes him vulnerable to his fears. His anger”.

“Go to the Planet Tython. There, you’ll find the ancient ruins of a temple that has a strong connection to the Force. Place Grogu on a seeing stone on the top of a mountain.”

“Then, Grogu may choose his path. If he reaches out through the Force, there’s a chance a Jedi will sense his presence and come searching for him. Then again… there aren’t many Jedi left”.

“How nice of you. Tell you what, I’ll give you a merciful death”.

“Good thing I know you don’t mean everything you say”.

Although Ahsoka Tano is hot-tempered, arrogant, aggressive, passionate, stubborn, reckless, and impulsive, she is willing to risk her life time and time again to protect the innocent, as well as her friends.