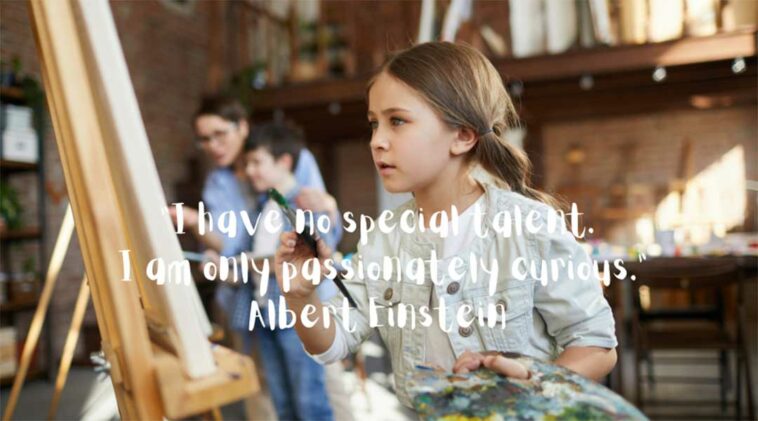 Albert Einstein Quotes – Albert Einstein is more than just e=mc2 . He has the beautiful mind not just about physics, also about value of self and life.

Einstein found his first miracle when he was 5 years old and exploring compass. That curiosity is developing, until at the age of 10, Einstein has so many question inside his had.

Though Einstein has a brilliant mind, school is not a fun place for Einstein. He often left school until he was in college.

Einstein won his nobel in 1922 on his masterpiece “photoelectric effect”. Einstein become famous because a moon eclipse. His controversial theory “relativity” is proven by moon eclipse.

That event made Einstein become a celebrity. His genius, attract many people to research about his brain. And it happens.

During Einstein autopsy process his brain is “stolen” to be researched. And the result is many parts of Einstein’s brain is different then usual.

Einstein is not only famous on science but also his thought about art and life. Most of Einstein quotes is about the art of thinking and finding something with questioning.

Want to know more deep about Einstein mind? Read and dive into this Albert Einstein quotes.

Read also: 100 Seinfeld Quotes Which are Full of Funny and Inspiring Jokes 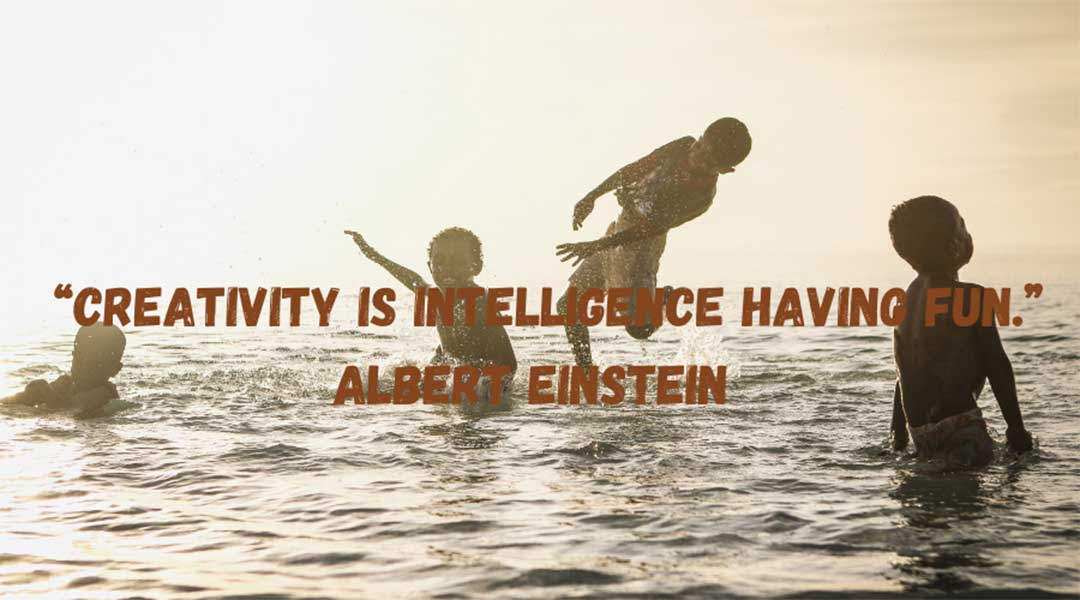 1. “Life is like riding a bicycle. To keep your balance, you must keep moving.”

4. “Gravitation is not responsible for people falling in love.”

5. “I speak to everyone in the same way, whether he is the garbage man or the president of the university.”

6. “Anyone who has never made a mistake has never tried anything new.”

7. “Creativity is intelligence having fun.”

8. “Imagination is more important than knowledge. Knowledge is limited. Imagination encircles the world.”

9. “Never memorize something that you can look up.”

10. “Whoever is careless with the truth in small matters cannot be trusted with important matters.” 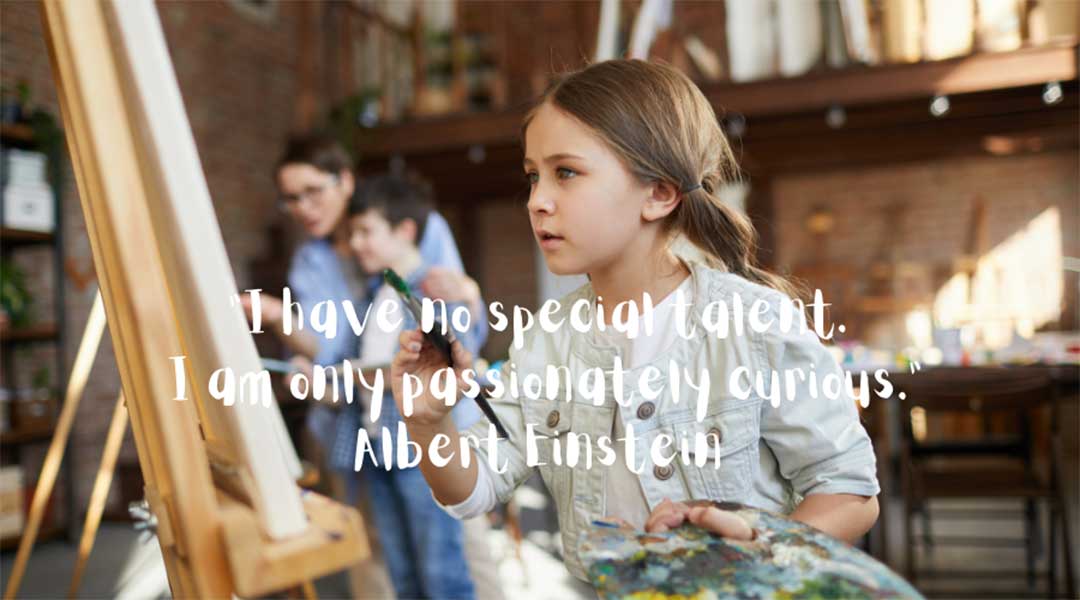 11. “The most beautiful experience we can have is the mysterious.”

12. “A man should look for what is, and not for what he thinks should be.”

13. “A clever person solves a problem. A wise person avoids it.”

15. “The greatest scientists are artists as well.”

16. “Science without religion is lame, religion without science is blind.”

17. “Everything must be made as simple as possible. But not simpler.”

18. “I have no special talent. I am only passionately curious.”

19. “The important thing is not to stop questioning. Curiosity has its own reason for existence. One cannot help but be in awe when he contemplates the mysteries of eternity, of life, of the marvelous structure of reality. It is enough if one tries merely to comprehend a little of this mystery each day.”

21. “The world as we have created it is a process of our thinking. It cannot be changed without changing our thinking.”

22. “It is not that I’m so smart. But I stay with the questions much longer.”

23. “Peace cannot be kept by force; it can only be achieved by understanding.”

24. “In the middle of difficulty lies opportunity”

25. “If I were not a physicist, I would probably be a musician. I often think in music. I live my daydreams in music. I see my life in terms of music.”

26. “The important thing is not to stop questioning. Curiosity has its own reason for existing.”

27. “If you can’t explain it to a six year old, you don’t understand it yourself.”

30. “The best way to cheer yourself is to cheer somebody else up.” 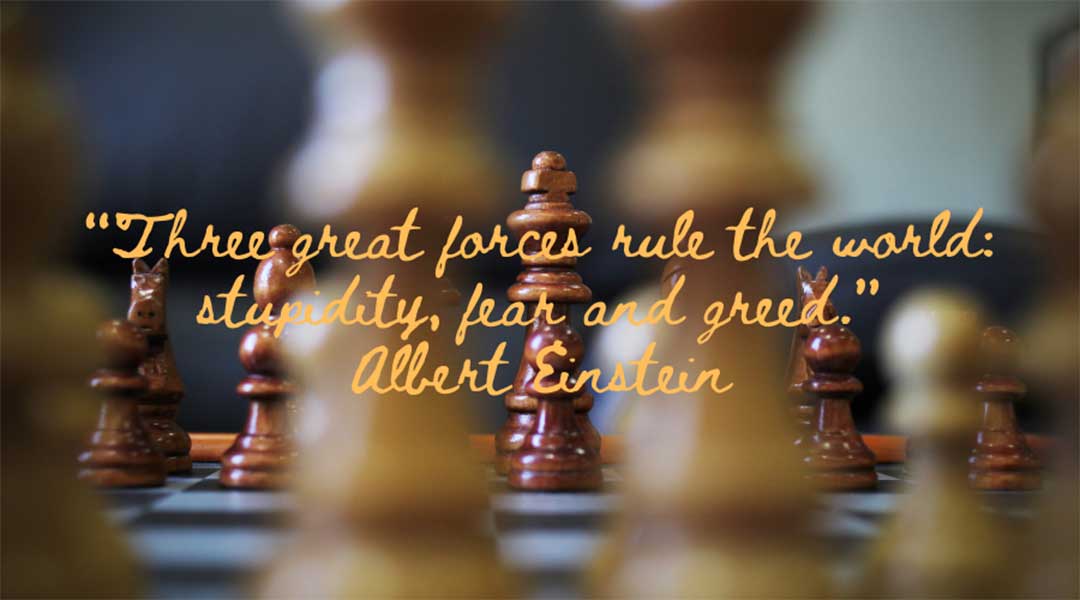 31. “However rare true love may be, it is less so than true friendship.”

32. “A true genius admits that he/she knows nothing.”

33. “When the solution is simple, God is answering.”

34. “I am enough of an artist to draw freely upon my imagination. Imagination is more important than knowledge. Knowledge is limited. Imagination encircles the world.”

35. “Energy cannot be created or destroyed, it can only be changed from one form to another.”

36. “You have to learn the rules of the game. And then you have to play better than anyone else.”

38. “the only escape from the miseries of life are music and cats…”

39. “Past is dead. Future is uncertain. Present is all you have, So eat, drink and live merry.”

40. “We all know that light travels faster than sound. That’s why certain people appear bright until you hear them speak.” 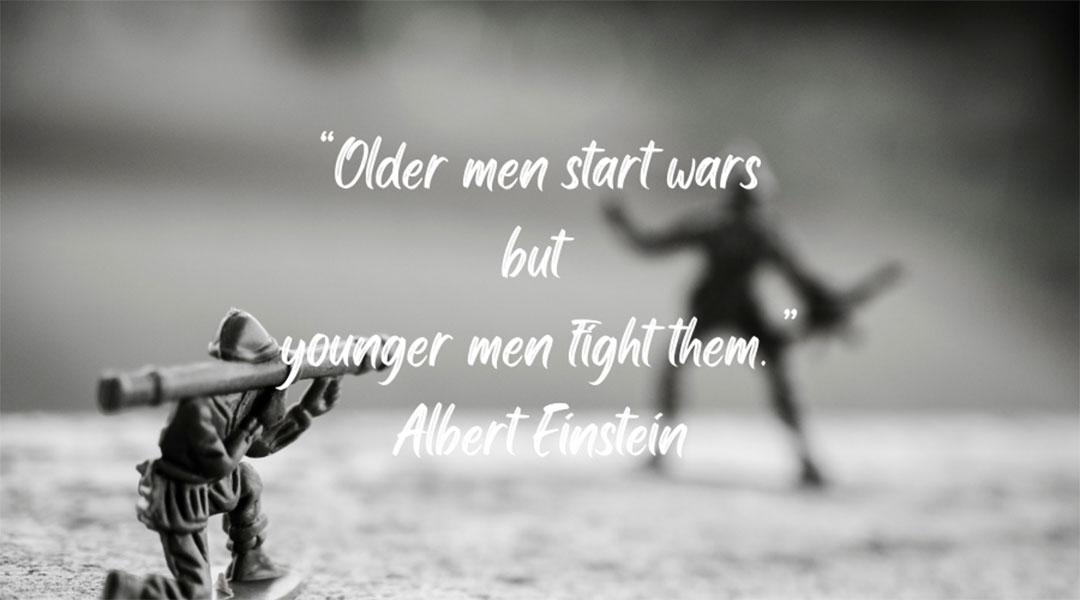 41. “Everyone must become their own person, however frightful that may be.”

42. “A calm and modest life brings more happiness than the pursuit of success combined with constant restlessness.”

43. “As our circle of knowledge expands, so does the circumference of darkness surrounding it.”

44. “The search for truth is more precious than its possession.”

47. “Most people say that it is the intellect which makes a great scientist. They are wrong: it is character.”

48. “Three rules of work: Out of clutter find simplicity; From discord find harmony; In the middle of difficulty lies opportunity.”

49. “Do not grow old, no matter how long you live. Never cease to stand like curious children before the Great Mystery into which we were born.”

50. “Adversity introduces a man to himself.” 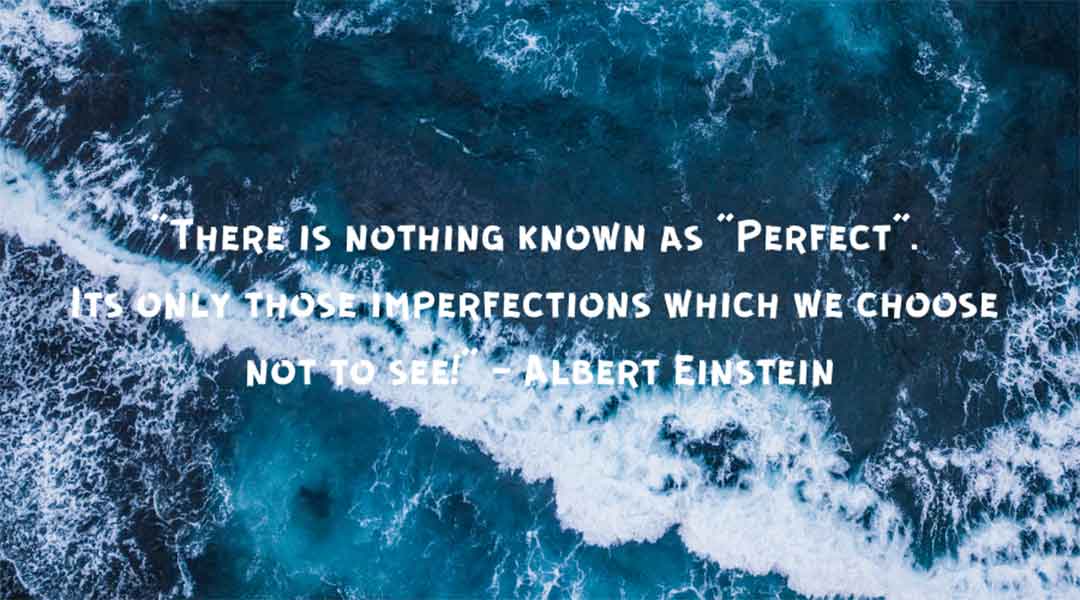 51. “If people are good only because they fear punishment, and hope for reward, then we are a sorry lot indeed.”

52. “Pure mathematics is in its way the poetry of logical ideas.”

53. “When I am judging a theory, I ask myself whether, if I were God, I would have arranged the world in such a way.”

54. “The most important decision we make is whether we believe we live in a friendly or hostile universe.”

55. “There is nothing known as “Perfect”. Its only those imperfections which we choose not to see!!”

56. “No amount of experimentation can ever prove me right; a single experiment can prove me wrong.”

58. “Stay away from negative people. They have a problem for every solution.”

59. “Insanity: doing the same thing over and over again and expecting different results.”

60. “The most important question a person can ask is, “Is the Universe a friendly place?”

61. “The value of a college education is not the learning of many facts but the training of the mind to think”

62. “The person who reads too much and uses his brain too little will fall into lazy habits of thinking..”

63. “The person who follows the crowd will usually go no further than the crowd. The person who walks alone is likely to find himself in places no one has ever seen before.”

64. “Mankind invented the atomic bomb, but no mouse would ever construct a mousetrap.”

65. “Sometimes one pays most for the things one gets for nothing.”

Until now, Albert Einstein thought and theory can be learned until now.