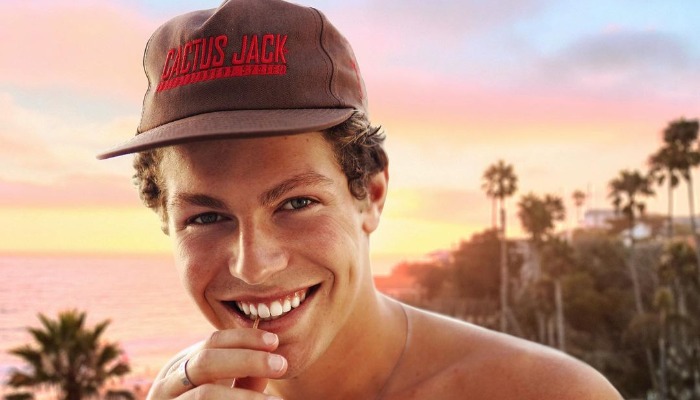 Another influencer named Alex Hayes was the one who inspired Ben Azelart to start social media career. He then made a YouTube channel himself and uploaded videos.

Ben became famous after making travel lifestyle videos when he was in Hawaii and posted them in about a year.

Most people started watching it and continued following him on other social platforms, like Instagram. Ben also tried to keep the beach blue vibes, which makes people attracted.

Previously, he was a professional skater and participated in contests: King of the Groms and Association of Skateboarders in Hawaii.

After he gained more fame, Ben moved to California and participated in the Vans US Open in 2017. He began collaborating with other Internet personalities for challenges and pranks videos.

He was cast on a reality series titled Bucket List in 2018 and was invited to Famous Birthdays office in the same year.

In February 2020, Ben was invited to VidCon, along with other YouTubers, such as Stokes Brothers, Bent Rivera, and Andrew Davila.

4. Do you believe him almost falling?

5. He graduated from school!

Despite his young age, Ben Azerlart has made his dream of becoming an Internet sensation come true. Are you one of Ben’s fans?