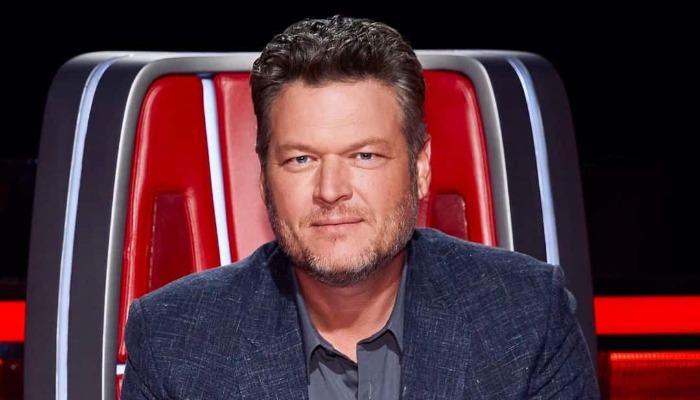 Even though you know Blake Shelton as a famous country singer, his first performance is at a beauty pageant when he was 8 years old.

Blake Shelton started gaining popularity in 1992 when he got the Denbo Diamond Award at the age of 16. In 1997, he met Bobby Braddock and was helped to sign a production contract.

Austin was his first single on the Billboard Hot Country Singles and Tracks that ranked number one on the chart.

Then, Warner Bros. Records released his debut album named Blake Shelton in 2001. His career blew up due to Shelton’s second and third albums, The Dreamer and Blake Shelton’s Barn & Grill.

Many awards have been received, including American Country Awards, Billboard Music Award, and an American Music Award.

Blake’s outstanding works led him to become a judge or coach in singing competitions like Clash of the Choirs, Nashville Star, and The Voice.

“Shoot, man, I love everybody! I don’t have time to hate.”

“I like California but I’m dyed-in-the-wool Oklahoma. I see a deer in L.A., and everybody’s standing around it taking pictures. Back home, that’s the enemy!”

“When things go wrong or don’t turn out the way you pictured them in your head, you just have to go with the best intentions defense. I have a lot of good intentions.”

“One thing that you can’t fake is chemistry.”

“My life has been an open book, for better or for worse.”

“My favorite songs to sing have always been songs about regret. I don’t know why that is, but to me, that’s country music.”

“To me, what makes an artist is a unique personality that they’re not afraid to let show.”

“One of my pet peeves about Nashville is that it tends to be copycatted. I don’t want to do that. I’ve got to be different.”

“I want to stand for something, and it’s probably going to be something that some people stand against.”

“When I hear other artists talk, they talk about ‘How come radio’s not playing my song?’ Well, you have to look at it under a microscope and know that each station is just trying to do what’s right for their market, and it’s scary for a radio station to add a song that they don’t know how well it’s gonna do for them.”

“If there’s one thing special about me, it’s that I seem familiar. People feel like I live next door.”

“I moved to Nashville at 17 to make music, and since then I’ve put everything I have into doing it right.”

“Every day, somebody has a song they want you to hear, and you’re stupid if you don’t listen to it because you never know what you may find.”

“If you’re not offending one group of people, you’re not entertaining the other.”

“I’m not that smart, but I’m smart enough to know that if Usher wants to help you, you let him.”

“Michael Buble is seriously my favorite entertainer. Have you ever seen the guy in concert? He’s hilarious. Women love him. Guys want to meet him. He has everything that I wish I could do onstage. And I’m guessin’ he’s a good-lookin’ guy—although he’s not one of ‘People’ magazine’s sexiest men.”

“When I think about the songs I might record, I ask myself, ‘Can I picture anybody I know back home sitting in their truck cranking this up?’”

“As a country singer, there is only one place you dream of playing in your lifetime, and that is the Grand Ole Opry House.”

“The wussiest thing a guy can do is drive a clean truck. Dents, scratches, and mud—that’s manly.”

“I don’t ask other artists for too much advice.”

“I think you have to be willing to take a bullet for somebody if you’re going to stand up there, take your vows, and be married to them for the rest of your life.”

1. Are you ready to be coached by Blake Shelton in The Voice?

2. He definitely can rock every stage!

3. His outfit and Christmas decorations make him look like a family man, right?

4. What do you think about his country-man appearance in this outfit?

5. Who says only men with a big city background look cool? Blake has broken the stereotype!

You need to salute Blake Shelton for his genre consistency in country music! His dedication to that particular genre has led him to be a successful in his career.