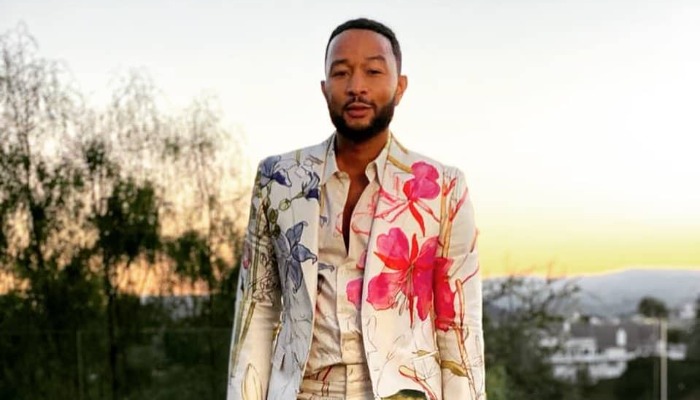 John Legend developed his musical talent since he was a child. However, he started writing and recording his music after graduating from university.

John independently released albums in 2000 and 2001. In 2014, he signed to Kanye West’s album and finally announced her stage name: John Legend.

Get Lifted, his debut album got the seventh rank on the US Billboard 200 and was sold 116,000 copied in the first week.

In 2006, the album won Grammy Award for Best R&B Album and led him to get nominated for Best Male R&B Vocal Performance and Best New Artist in the same award.

His music career shot up as he produced award-winning songs and held his international tours.

He doesn’t only receive recognition for his music, but also his acting. In 2008, Legend started his film debut in Sesame Street: Elmo Loves You!, playing as himself.

He also gets voice roles in The Savoy King and Crow: The Legend. Legend becomes a producer of Southside with You and Jingle Jangle.

“I think the thing about love is that even though the things around us change, we as human beings, a lot of the ways we interact, and the ways we love each other is timeless. It requires trust, honesty, commitment, romance, and physical chemistry.”

“We wrote this song for a film that was based on events that were 50 years ago. But we say that Selma is now, because the struggle for justice is right now.”

“My head’s under water but I’m breathing fine.”

“Althrough the end of all time. I will stay with you.”

“When you see people that are impoverished and people who are dealt an unfair hand, then if we have the power to help them, we should try to do that.”

“Whatever awards come, they come. It’s going to be a fun night either way.”

“It’s not wrong to be afraid, but you have to fight through fear to overcome it.”

“All men should be feminist. If men care about women’s rights the world will be a better place.”

“What great art is able to do is develop empathy in people so they can see other people’s perspectives.”

“To have the chance to see your music be elevated and to have almost universally positive response to that music, makes me feel more confident and inspired and that’s fun.”

“But we can’t listen baby. They’ve never had it like this. They don’t know what it is.”

“I’m trying to be me and embrace all the parts of me that have grown up, listened to more music and soaked up more influences.”

“The ride for me has been good so far. I am blessed, because I enjoy doing what I am doing.”

“My thoughts are stars, I can’t fathom into constellations.”

“When people are marching with our song, we want to tell you that we are with you, we see you, we love you, and march on.”

“As a politician, you have to deal with someone wanting you to fail every day. I think I prefer being in a situation where generally people are rooting for me, and if they aren’t rooting for me, they aren’t out there to see my downfall. I respect the people who have the stomach for it.”

“The best training is to play by ear: trial by fire.”

“Sometimes there’s that perfect moment when the crowd, the music, the energy of the room come together in a way that brings me to tears.”

“Then, I started very early on building my own e-mail list and Web site and all that. That really helped generate more and more people and compelled the word of mouth.”

“On the way we shed some tears. Every day we sacrifice. So we can be standing here. Oh what a hell of a life.”

1. This is John Legend’s outfit for the holiday season. How’s yours?

2. John Legend becomes one of the coaches for The Voice Season 19.

3. Is he a prince coming from a fairy tale?

4. Meanwhile, this outfit looks more mature and calmer. Which one is your favorite?

5. His talent in the piano is legendary!

John Legend is the concrete proof that a celebrity doesn’t only come with exquisite talent, but also a sharp brain. He is a balanced combination!