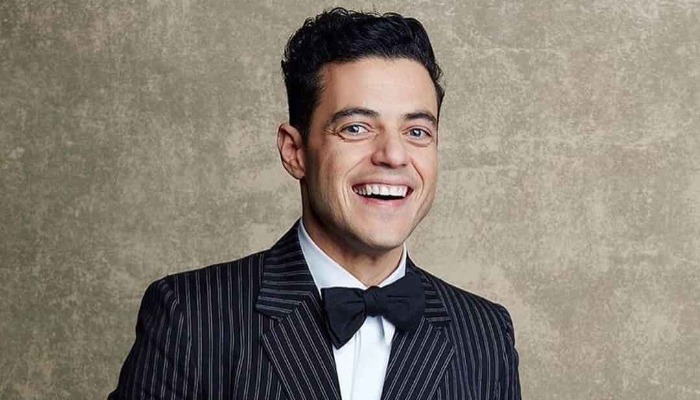 Rami Malek’s acting passion began when he performed a play for a school competition. Thus, he decided to study theater at the university.

After graduating, he moved to New York and formed a theater project with his friends.

When he visited his family in Los Angeles, a casting director Mali Finn asked him to stay to pursue a career as an actor.

Eventually, he got his first role for Gilmore Girls, a TV sitcom in 2004. In the same year, he was cast on the Fox series titled The War at Home.

His prominent role was in the Night at The Museum sequels as Pharaoh Ahkmenrah.

The opportunities started to come. He portrayed HBO miniseries The Pacific, Larry Crowne, and The Twilight Saga: Breaking Dawn – Part 2.

Yet, his breakthrough was becoming a hacker on Mr. Robot. He received Emmy Awards and was nominated in other prestigious awards like Golden Globe Award and the Critics’ Choice Television Award.

He got more spotlight after portraying the lead vocalist of Queen in Bohemian Rhapsody.

He received many Best Actor awards from various film industry awards, such as the Golden Globe and Academy Award.

“I’m very fortunate to have the privilege of working with directors like Bill Condon and Paul Thomas Anderson, who I think is one of the greatest filmmakers of our time.”

“My sister is an ER doctor, and my brother is a teacher.”

“Mara Casey gave me my first job. I saw something online, and it was for a part in a Gilmore Girls episode, and I thought I was right for it.”

“All you ‘Twilight’ fans, can’t thank you really enough for being so supportive. You’re real cool people.”

“I would say ‘The Master’ was one of the most inspiring things I’ve ever got to work on.”

1. Look at his lips! He was born to play Freddie Mercury

2. What do you think of his side profile?

3. He wears black from head to toe

4. What about this red outfit with a YSL belt?

5. His big smile with the Oscar statuette looks charming

Many people call him nuts when pursuing a career. Yet, he proves them wrong and becomes the legendary award-winning actor from Egypt.