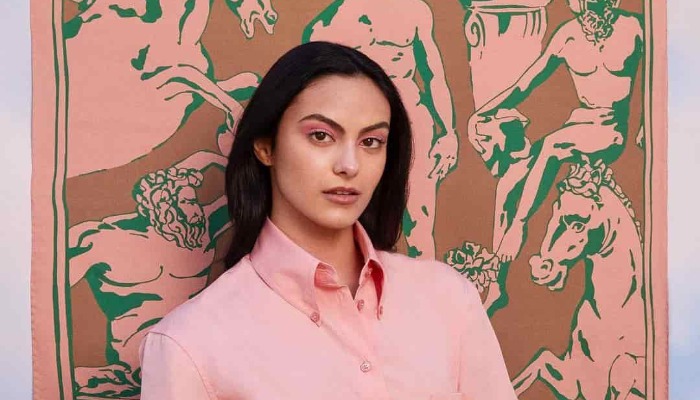 Camila Mendes got her initial acting job in an IKEA commercial. However, she previously had played dramas and plays in her school.

Therefore, her first acting was when she reached 8 years old. When she was 4, Camila attended dance classes too.

In 2016, this actress was cast for teen drama series titled Riverdale. It was Camila’s quantum leap.

She played as Veronica Lodge, a keyboardist and one of the vocalists for a band named The Archies. This role led her to win the 2017 Teen Choice Awards for Choice Scene Stealer.

In 2018, she appeared in Maggie Rogers’ music video titled Give a Little. The Chainsmokers invited Camila too to perform in their music video named Side Effects.

The next year, she also appeared on a Netflix film titled The Perfect Date as Shelby Pace. Camila also starred in Coyote Lake, a psychological thriller, in the same year.

Throughout her career, she appeared in many magazines’ cover, such as Cosmopolitan, Women’s Health, Seventeen, and Marie Claire.

1. Celebrate your Thanksgiving with Camila

2. Cami’s outfit is perfect for a summer picnic

3. The pattern on her top is magnificent

4. Camila crosses the street in style!

Camila Mendes’s acting skill and unique look have impressed a huge audience. No wonder she has millions of followers on social media.