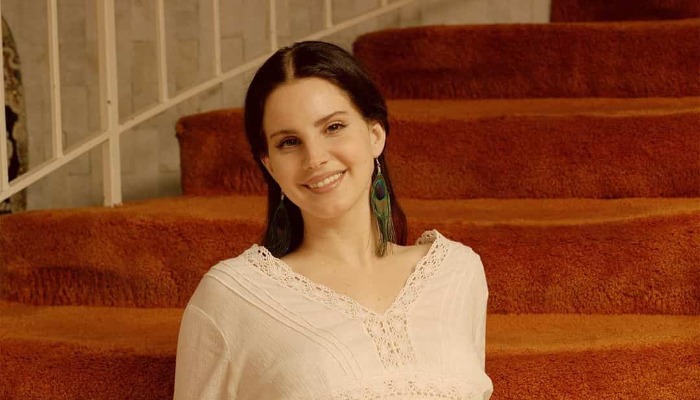 Lana Del Rey’s career in the music industry began when she registered EP with the United States Copyright Office in 2005.

The next year, she performed in public for the first time at the Williamsburg Live Songwriting Competition.

As she graduated from the university, she launched an EP named Kill Kill. She eventually released her debut album titled her name in 2010.

Her breakthrough began when her music videos Blue Jeans and Video Games became viral on YouTube. The songs led her to receive Next Big Thing from Q Award in 2011.

Then, she signed a contract with two labels: Polydor and Interscope Records.

Her following album named Born to Die was released in 2012. It peaked at #1 in over 10 countries and was sold over 3 million copies.

Throughout her career, she had collaborated with other artists, including Courtney Love, Ariana Grande, and Nikki Lane.

1. She looks young and fresh with the two side braids

4. Lana gladly received a gift from Spotify since her songs reached 3 billion streams!

5. Her close-up look is extremely good-looking

Lana Del Rey is a unique combination of modernity and authenticity. Her songs light up everyone’s fantasies about danger and glamour.