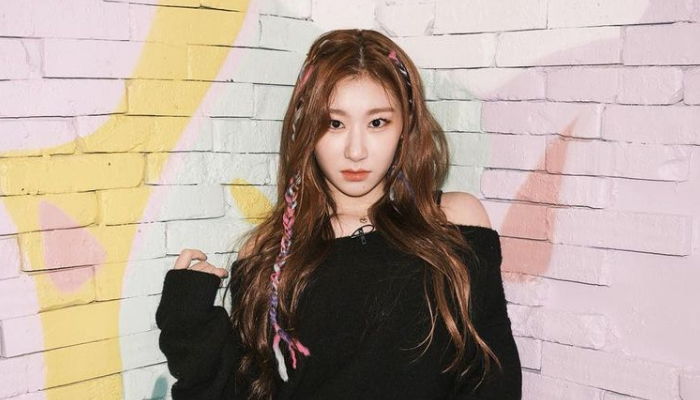 Chaeryeong had a lot of hard work before she became well-known for her talents in dancing and rapping.

Before she joined JYP Entertainment as a trainee, she had auditioned for Fantagio in 2012. Unfortunately, she didn’t make it.

After failed to join Fantagio, Chaeryeong then auditioned for JYP Entertainment and passed the audition. She then became a trainee for JYP in 2014.

When she was still a 14-year-old girl, she became a contestant for SIXTEEN. In this program, she successfully ranked in the 12th position but failed to be a member of the winning team, Twice.

But still, she finally got her own path when she was revealed as a member of ITZY on January 12, 2019.

She and her fellow ITZY members then released their first single album, It’z Different on January 20, 2019.

1. Chaeryeong looks so fierce yet hot in this photo

2. How could a human being so pretty like this

3. Classy Chaeryeong is so breathtaking in this dress

4. Her hair color matches her outfit so well

5. She is so cute with this pose

Chaeryeong is a super-talented and amazing girl. She is really kind and generous, too. That’s why the fans always support her no matter what.