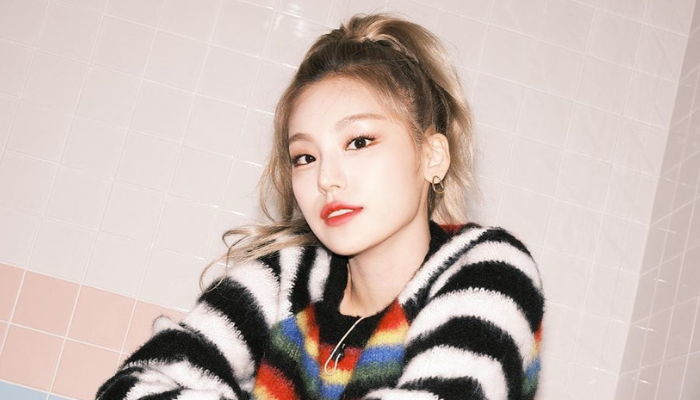 Yeji started her career in the K-entertainment industry in 2015, when she first appeared in tvN drama titled 20 Again. In that drama, she participated as a cameo.

One year later, she officially started her training at JYP Entertainment. Yeji worked hard during her trainee days.

She also once appeared in Stray Kids’ reality show. That show aired by Mnet in 2017 and Yeji appeared as a cameo.

In 2018, Yeji then joined a reality show about competition program from SBS called The Fan. She joined as a contestant and she successfully survived until the 5th episode.

Yeji finally was revealed as the ITZY’s member on January 20, 2019. She also success made her debut with ITZY on February 12, 2019, by releasing a single album titled It’z Different.

1. Her orange-red hair and earrings make the casual denim stand out

3. She is so glamorous in this feather dress

4. Yeji’s smile is the prettiest thing for her fans

5. We all love how Hwang Yuji looks so bold in black

As the ‘JYP secret weapon’, Yeji has a lot of talents, charmingness, and also attractiveness.

She always does a lot of hard work and love for her fans. And yes, we couldn’t love anyone more than we do for Yeji.