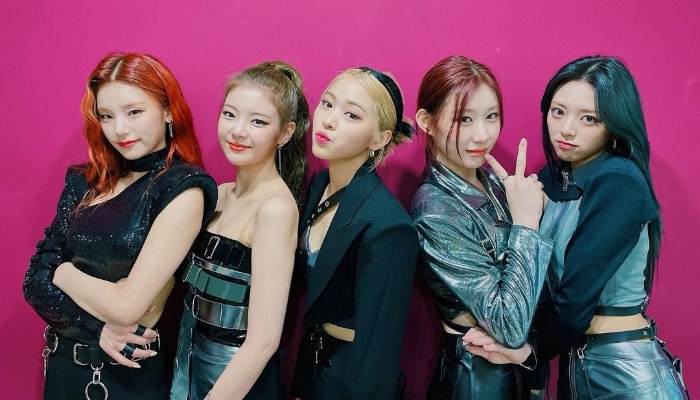 ITZY became popular when JYP Entertainment revealed the newest girl group of theirs in January 2019.

The agency then posted a teaser trailer to reveal its member: Yeji, Lia, Ryujin, Chaeryeong, and Yuna.

There is some philosophical aspect behind the group name. The actual reference lead to the Korean phrase issji which has the meaning of ‘there is’.

This means that they wish there is everything the fans want for in a group within ITZY.

Besides, ITZY also can be interpreted as ‘got it’ or ‘have it’ according to the fans want and need for ITZY.

They finally made their first official debut on February 12, 2019. At that time, they released their first single album titled It’z Different.

The album contains the top hits Dalla Dalla which raised the 2nd position on the chart for World Digital Song Sales.

ITZY finally had their first stage debut on February 21 after they released the single album on M Countdown.

It made them became the girl group which was the fastest to get the first stage debut.

Again, they presented the lead single Icy which helped them raised the popularity. It’z Icy then raised at 3th position on the Gaon Album Chart.

The group then released the second EP called It’z Me on March 9 with their top hits Wannabe.

This EP peaked at the first position on Gaon Album Chart and the 5th position on Billboard’s World Albums chart.

The achievement continued to be satisfying when they released Not Shy, their third EP on August 27, 2019. Again, this EP peaked at the 1st position on the Gaon Album Chart.

ITZY is one of the most successful K-pop girl groups with tons of fans. No wonder, because the music, the charm, and the love for their fans, MIDZY, are very awesome.