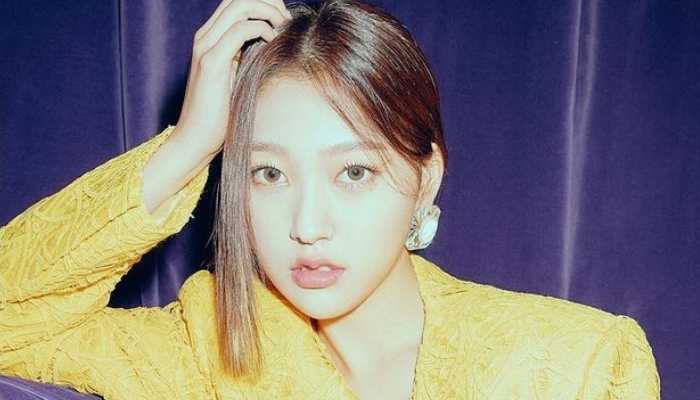 Actually, the most cheerful member in LOONA, Choerry, had already experience as an entertainer at a very young age.

She started her path by joining Happy Time, Fantastic Mates, as a child actress in 2009. At that time, Choerry was just a 7 years old beautiful child.

Seven years later, when she was 13 years old, she did a perfect performance for the music festival. At that festival, she sang The Blue Night of Jeju Island from Taeyeon.

After contributing to that vocal contest, she finally got cast by BlockBerry Creative. She passed the audition and successfully start to become a trainee there.

In the agency, Choerry did a lot of hard works. After doing a lot of practice, she finally was announced as one of LOONA’s members on 12th July 2017.

She then made a release of her first single-album on 28th July 2017 called Choerry. No longer after that, in August, she joined ODD EYE CIRCLE, LOONA’s sub-unit, as a member.

One year later, she appeared in Woomanna with the other ODD EYE CIRCLE members, Jinsoul and Kim Lip.

In the same year, on 20th August 2018, she also finally made her official debut with LOONA by releasing [+ +] as their debut mini-album.

1. Such a lovely visual

2. We love her pose so much

3. She mastered the art of mirror selfie

4. Choerry’s selfie is too good to be true

Choerry is the perfect definition of the perfect idol. She is very beautiful, sweet, talented, and also generous. And that’s what makes us love her so much!