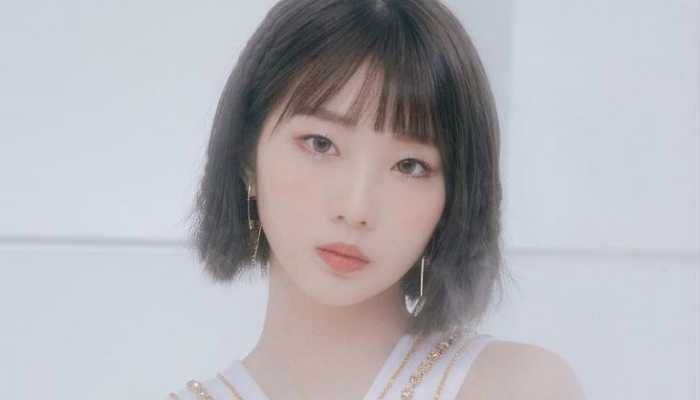 Yeojin started her path as an entertainer when she joined Five Music and Dance Academy as a student in 2016. In that academy, she performed Pick Me by I.O.I and Bang Bang from Jessie J.

After that, she decided to venture her wings by attending an audition for an agency, BlockBerry Creative.

One day, she auditioned for BlockBerry Creative by performing SNSD’s Into the New World and 9Muses’ Dolls.

She directly impressed the judges in that audition and finally passed it. She then became a trainee there.

Yeojin then was first announced as a LOONA member on January 4, 2017. No longer after that, she then made a release for her debut EP called Yeojin on January 16, 2017.

She also made an appearance for a web drama called Woomanna in 2017.

In 2018, Yeojin then finally made her official debut with LOONA on 20th August by releasing [+ +] as their debut mini-album.

2. She is so elegant with that white dress

3. Her scarf makes her look stunning

4. She received the flower bouquet happily

5. Yeojin is a good painter

Yeojin is one of the cutest, smartest, brightest, and prettiest female K-Pop idols. We really love her energy so much!