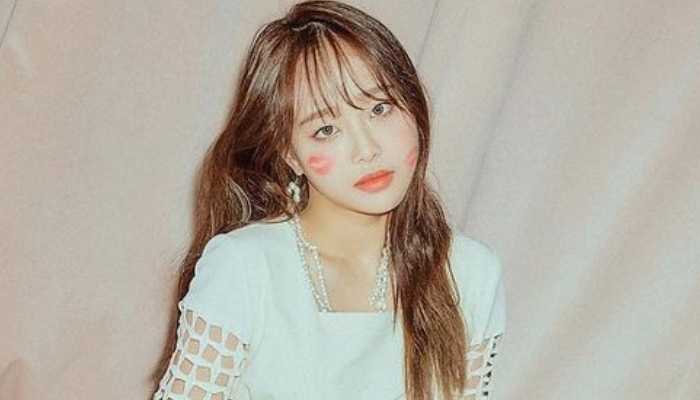 Chuu has always had a desire to be an idol when she was just a child.

This desire majorly comes from her surrounding, because her mother is a classical music singer. But initially, her mother didn’t want her to be an idol.

She then later still wanted to pursue her dream and in 2016, she finally tried to become a trainee for FNC Academy.

Chuu then moved to Music Works and wanted to try a new challenge by did some auditions for JYP Entertainment and also YG Entertainment.

Unfortunately, she didn’t pass the audition. Shortly, she became a BlockBerry trainee and then was announced as LOONA’s new member.

She also released the 1st single-album called Chuu in 2017 and became a part of LOONA’s sub-unit, Yyxy, on 30th May 2018 by releasing beauty&thebeat.

In 2019, she started a project outside LOONA by becoming a web-drama actress in Dating Class alongside KNK’s Seoham and Fromis_9’s Gyuri.

1. Her smiling face is our treasure

2. Chuu has the prettiest pout ever

3. The mint outfit matches her personality so well

4. Look how lovely she is in this outfit

5. She encourages us to still fight for what we want

Chuu is one of the cutest and prettiest female K-Pop idols at the moment. But, her talents are also undeniable. Such a charming girl!