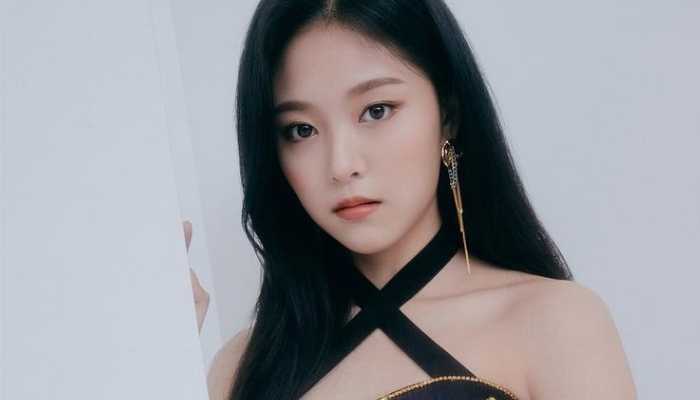 Hyunjin first caught the public eye when she made an appearance for Three Idiots by tvN in 2013.

After that, she got cast by Polaris Entertainment and was transferred to the relative agency, BlockBerry Creative in 2016. Shortly, she was chosen as one of the LOONA members.

She then made a release of her first single-album on 17th November 2016 called HyunJin.

In 2017, she alongside Haseul and Heejin then joined MIXNINE as a contestant.

At that time, she passed the audition and successfully attracted the public, but unfortunately, she can’t survive until the last episode.

In the same year, she also became a member of LOONA 1/3 sub-unit.

One year later, Hyunjin finally made her first debut alongside LOONA by releasing [+ +] as the first mini-album on 20th August 2018.

1. Her fierce look is really unforgettable

2. Hyunjin’s side profile is literally breathtaking

3. A princess has arrived

4. Hyunjin looks adorable with that outfit

5. A perfect selfie by a perfect princess

Hyunjin got a lot of love because she has a good personality, amazing talent, and enchanting beauty. We hope we can see her amazing performance as well!