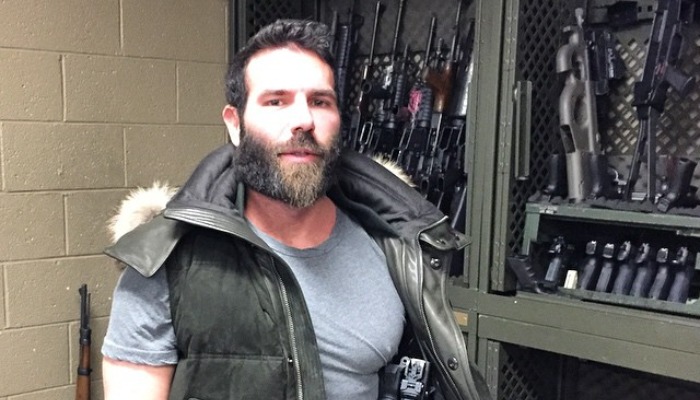 Dan Bilzerian started to learn poker when he was studying at his university. Even though he belonged to a wealthy family already, he created his own way to be a millionaire.

His first “table” began when the man sold his gun collections and moved to Las Vegas.

Things changed after that. He won 187,000 USD from his 10,000 USD. Then, he went on advancing his poker skills by playing cash games and completed his university education.

In 2007, he began playing at the professional poker tables. Next, the internet star joined the World Series of Poker (WSOP) Main Event in 2009 and finished 180th place.

He didn’t only play for himself at the public tournaments, but also gave sponsors to his fellow professionals.

For example, Dan sponsored Jay Farber with 2,000 USD, and he returned with 1 million USD to Dan.

The man also appeared in several films, such as Olympus Has Fallen, Lone Survivor, and The Other Woman, as a stuntman.

2. He really got muscles!

3. After kickboxing, he also surfs

4. Dan Bilzerian with his gun collections

5. A black and white photo of Dan Bilzerian

Dan Bilzerian has a life of what most men want. Do you look up to him too?