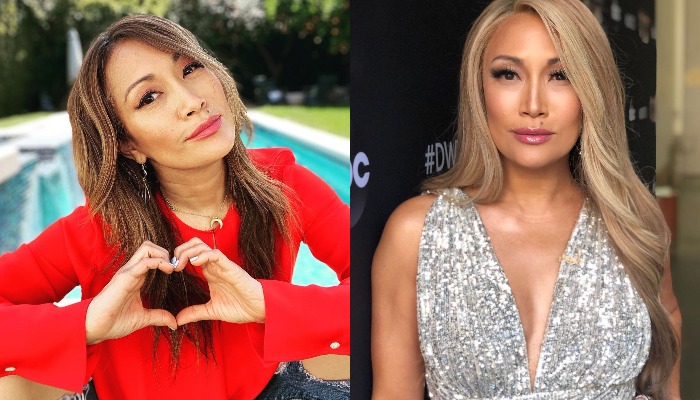 The Talk is a talk show which discuses about the latest news, human stories as well as motherhood talk. The host of this show is Sara Gilbert and Carrie Ann Inaba as moderator.

This talk show takes a positive vibe from society. Moreover, it also wins awards such as a Daytime Emmy Award and People Choice Award.

However, Carrie Ann Inaba explained that she couldn’t participate in the show and decided to out from the show.

She confirmed that her decision on Instagram about her leaving because of her health. Carrie has been positive Covid-19 in December.

She also experiences autoimmune diseases such as lupus. Therefore, for her well being, Carrie decides to out from the show.

Now, we will look up 10 Facts of Carrie Ann Inaba and how she still looks awesome and fresh while having some health issues.

Read more: 9 Celebrities Do Not Want To Expose Their Children in Public

1. Carrie Ann Inaba is not only a moderator or television personality, she is also a dancer, actress, singer as well as choreograper

2. She graduated from University of California in Los Angeles. She took World Art and Culture studies

3. She got Japanese, Irish, and Chinese decendant. It could not strange since she has Asian face

4. She started her career as a singer in Japan. Her first single was in 50 top song which is amazing

5. She has about three relationships with Artem Chigvintesv, Jesse Sloan, and Rob Derringer

6. She is active in social issues such as Entertainment Industry Foundation’s iParticipate campaign and the Dizzy Feet Foundation

7. She has some health issues, such as spinal stenosis, chronic pain, chronic fatigue syndrome, and fibromyalgia

9. While in 2020, Carrie Ann Inaba was positive Covid-19 which made her has to be more careful with her health condition

10. This lady is very hard work. She even got an honor for National Dance Sport Championships back in 2009

Carrie Ann Inaba is a great woman. She put all effort in her works, even participate in many social events. We hope she will get better soon.