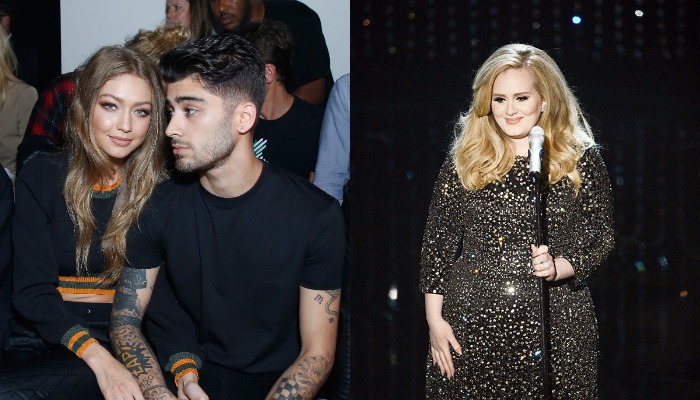 Having a lot of attention from society probably makes many celebrities exhausted. Paparazzi will always hunt everything that they do. Since as public figures, they always attract people to know them better.

Even many celebrities are covering the pictures of their babies since they were born.

Are you curious who are the stars taking this choice for their babies. These are 9 lists of celebrities who do not expose their kids to public.

1. Adele has one cute kid from her marriage. His name is Angelo Adkins, who was born in  2012. She always keeps her kid from public even in her social media

2. America Ferrera sometimes posts her kid’s picture. However, she mostly took the picture that would not show the face of the baby

3. Since Gigi Hadid and Zyan Malik have their baby, Khai, they never posted the face of their baby to public which makes fans very curious

4. Justin Timberlake and his wife keep their babies out in public. They want their babies to live like normal people and having true friendship

5. We almost got rarely a picture of Katie Holmes’ child, Suri Cruise. Katie even lives away from New York City to keep her daughter from public eye

6. Ashton Kutcher and Mila Kunis think that to be in public is a choice. So, whether their babies will appear in public, it should come from themselves to choose

7. Sandra Bullock is a type of person who put anything for public consumption except her work. It is including the information of her adoption kid that she keeps on private

8. Tyra Banks has a lot of struggle to have her baby. The informant said that she tries to keep the information for having her baby until her baby is born. What a generous mother she is!

9. Emily Blunt and her husband never revealed the face of their baby. She tries to keep the baby out from the spotlight

Having a baby is a big choice, while to expose or keep her in private is more than a challenge.