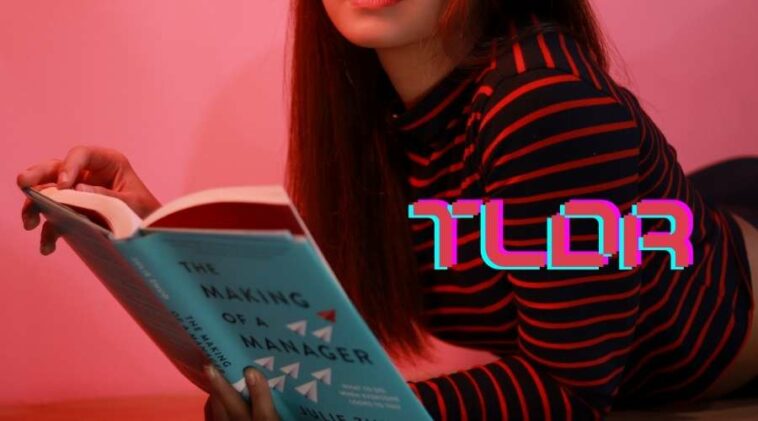 Have you ever known about the existence of the modern term TLDR? This term started to rise to stardom over the past few years.

Many people use this term, but some people don’t even know that this modern slang term exists in their daily life.

To enrich your vocabulary, it is good to try to read this article with a deep understanding before using this term.

Read also: What is POV? Meaning and Origin

TLDR is actually a short for ‘too long, didn’t read’ which is usually used to describe a person when reading an article.

This term is used when indicating a person who post about an article or some writing contents and doesn’t read the text entirely or doesn’t read at all.

You will usually see this term when scrolling across your social media platforms and usually is inserted with a link.

Not only that, but oftentimes, this term can be found in various discussion boards on some virtual forums and blogs.

Actually, there is no clear history of where and when the TLDR term came from several years ago during its first usage.

But this term is assumed to exist for the first time in the early 2000s, when this phrase was originated from various discussion boards, such as 4Chan and Something Awful Forums.

Some parties have said that this term was first discovered in 2002 based on research conducted by Merriam-Webster’s Dictionary, but unfortunately there is no prove of it.

The earliest record of this term actually was found in January 2003, when this term was added to Urban Dictionary.

After that, from 2004, the usage of this term increased slowly year by year, proven by this widespread usage on various social media platforms.

Read also: What is Uwu? Meaning and Origin

The term TLDR is one of the coolest modern slang term that can be used during this period of generation Z.

You can also use this term in some certain conditions in your life that is suitable for this term.