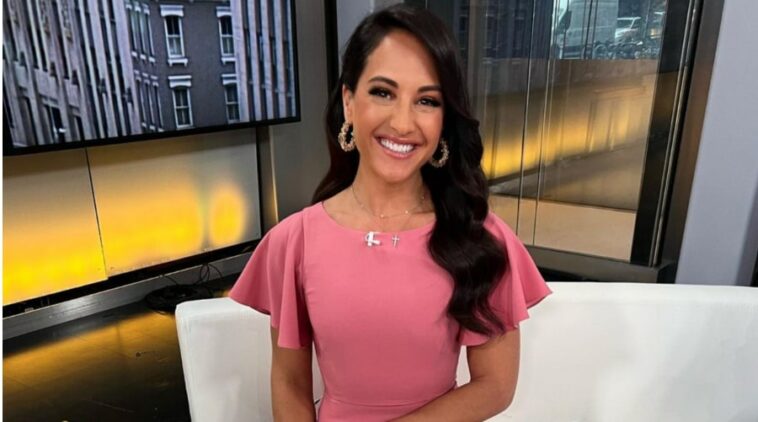 Emily Compagno is an American television host who is also known as a former cheerleader.

She is best known for her appearances as a host on Fox News. Not only that, she also gained fame while working with a digital sports magazine.

Emily Compagno started her career as a criminal defense attorney near San Francisco.

After that, she tried her hand at being an NFL Cheerleader. Later, she tried out for the cheerleading squad for the Oakland Raiders.

During her time as a cheerleader, she got the opportunity to perform in NFL China in Beijing and Shanghai, China.

From 2010 to 2014, she worked as a civil litigator and later landed a position as a general attorney at the Social Security Administration.

Later, he also worked in on-air legal and sports business analysis as a private lawyer. Not only that, she also appeared as a guest commentator on Fox News Channel and Fox Business Network.

In 2020, she hosted a Fox Nation show called Crimes That Changed America. Then, in 2021, she became a regular co-host on Outnumbered.

Emily Compagno is currently married. She married a man named Peter Reilly in 2017. Her husband is a real estate agent.

They first tied the knot in September 2017 in a hotel in Ravello, Italy. The couple then lived in Seattle and had a second home in San Francisco.

Her wealth is estimated at $2 million. The wealth is earned from her television show fees and attorney fees.

Emily Compagno managed to get a good career as a host and anchor because of her own ability and hard work.