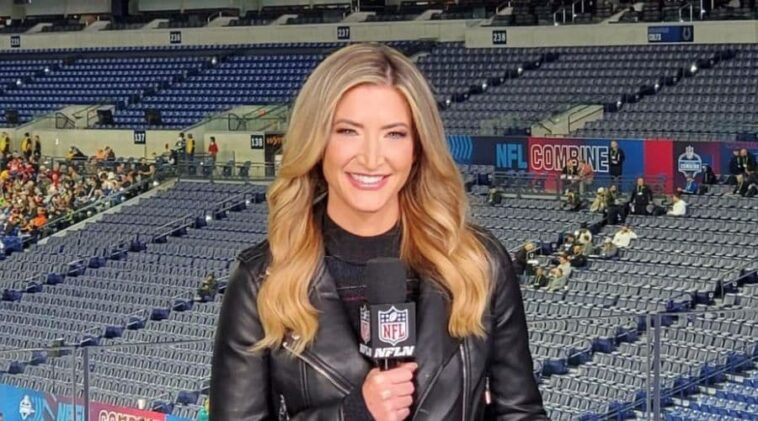 Cynthia Frelund is one of the most inspirational sports reporters and TV hosts in the broadcasting industry.

She is fun, outgoing, and well-educated. From 2005 to present, she has been trying different fields and positions to expand her career scope.

It might take a long time to talk about the career journey of Cynthia Frelund, which was started by her childhood dream as a scientist.

Growing up, she later became a woman with a good education, as proven by the different majors that she had picked during college.

After graduating with her Bachelor’s degree in Biology in 2005, she continued her education for a Master’s degree in two different majors, Predictive Analytics and Business Administration.

Later, she then started her long-life career journey by becoming an analyst for Fusion Finance back in 2005.

Three years later, she changed her career path as a strategist for the NFL Network but decided to leave and join the ABC Television Group instead.

At that new company, she worked as a business development manager for two years from 2010 to 2012.

Three years later, she got a position as a Predictive Analytics Analyst for Sports Center.

In 2016, she decided to leave ESPN and came back to the NFL Network. In her new company, she became a Predictive Analytics Expert.

Cynthia Frelund is beautiful, intelligent, and fun. No wonder so many people adore him because of her talents in broadcasting.