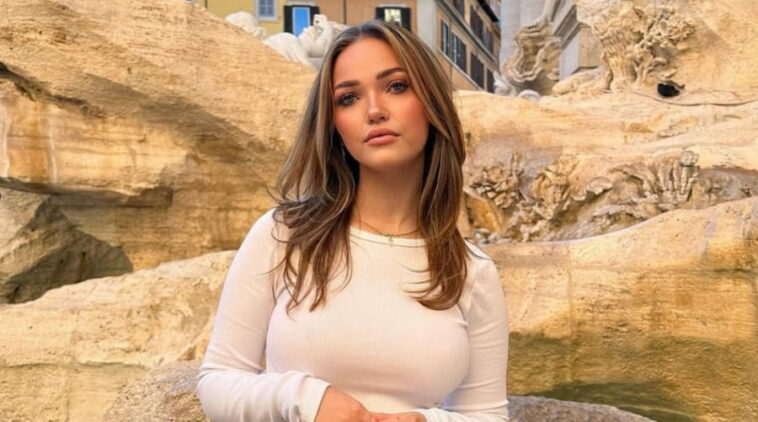 Alyssa McKay is an American Actress, TikTok star. and YouTube star. She is famous for always posting POV (point of view) videos on her TikTok account and YouTube channel.

Alyssa McKay started her social media career by creating a Musical.ly account in 2018. Later, when the platform disappeared, she moved to the TikTok app and created a new account.

She posts lip-sync videos to popular songs regularly. She also likes to share clips from television shows and movies.

Besides TikTok, she also tried her hand at YouTube. She created a YouTube channel in 2018 and shared her first video titled My Experience in Foster Care.

Later, she started sharing many vlogs about her daily life on her YouTube channel.

Previously, she worked at Menchie’s Frozen Yogurt in Clackamas. After gaining fame from TikTok and YouTube, did decided to quit her job.

Her social media fame earned her a role in the movie, Leave No Trace in 2018. Then, in 2019, he landed another role in the American comedy series, Shrill.

Alyssa McKay and Levi Underhill first met in Oregon. Then, they decided to date in 2019 until now.

Levi is a YouTube star. Before dating Alyssa, he was rumored to like the same sex. However, these rumors were not proven.

Alyssa and Levi managed to build a romantic and long-lasting relationship. They often show off moments of togetherness on their respective social media accounts.

Previously, she had never dated at all.

He is worth about $550,000. The wealth is earned from TikTok and YouTube, as well as from his acting, movies and TV series.

Alyssa McKay has a pretty good career in social media. Although her appearances are only in small roles in movies and series, she still tries to hone her acting skills until she gets a good role.