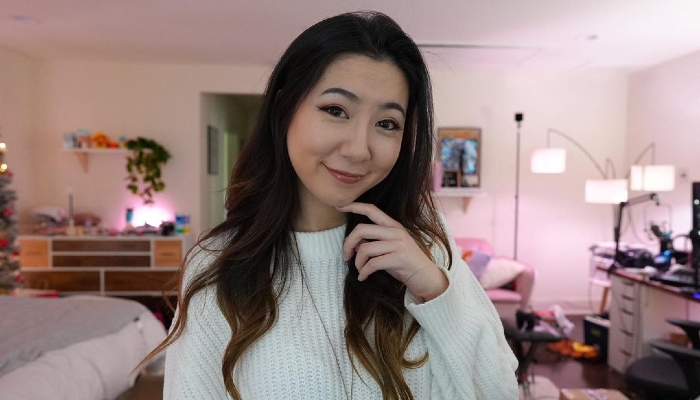 Leslie Fu, or better known by her nickname Fuslie, began streaming on Twitch in February 2015. She was introduced to the activity by her roommate.

This Chinese-American started out by mainly streaming the game League of Legends. She even took part in professional League of Legend team as streamer for Immortals and Phoenix.

As she grew more confident, she branches out to trying out more games. Now, she just plays whichever game she feels like playing.

She officially became Twitch partner in September 2015. During that time, she was actually attending graduate school at UCLA.

This Sagittarius tried to make time for both the stream and her study but eventually dropped out. She chose to stream full-time starting in 2016.

Her viewers and subscribers continued to increase steadily over the years. But she has just got to the height of her career in 2020.

At the time, the San Francisco born streamer joined fellow streamer Valkyrae for her crazy game of Among Us. The streams got insanely popular and it launched her into stardom.

On the same year, she signed a contract offered by Twitch. Thus, making her a Twitch exclusive streamer.

While she also has a Youtube channel, it is mainly used to post highlights from the stream as well as other contents like vlogs and song covers.

Fuslie’s career as streamer and content creator took off even more in 2021. She joined Los Angeles based lifestyle and gaming organization 100 Thieves.

The streamer is part of their content creator, often makes appearance on their various platforms.

Fuslie and his girlfriend Edison Park first appeared together on a broadcast in April 2019. At that time Park proposed to Leslie.

But in October 2021, Leslie confirmed that she and her former fiancé had parted ways.

1. She is ready to stream

2. The streamer with her fiancé, Edison

3. She is rocking this soft pink sweater

4. Fuslie and her cat Sock make a great duo

5. She looks beautiful with all these flowers

With her cheery and fun personality, no wonder Fuslie has became a household name in the streaming industry.