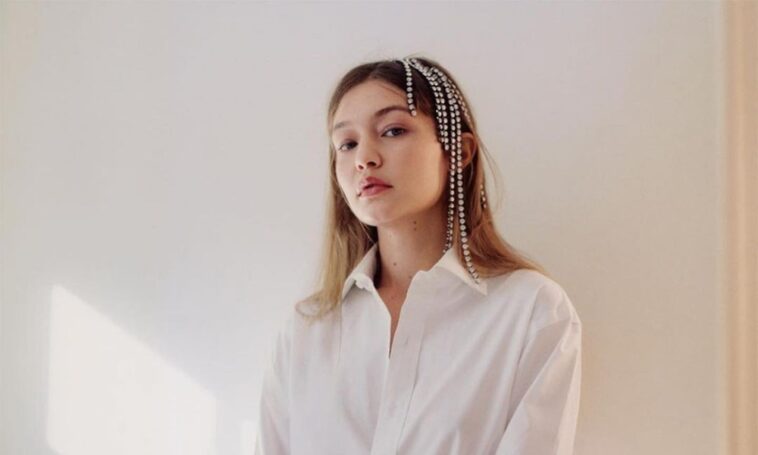 Gigi Hadid began her career when she was 2 years old! Paul Marciano discovered her and asked her to join the Baby Guess campaign. However, she stopped her career and focused on school.

Finally, Gigi moved to New York City. There, she made her comeback as a model in 2011. She worked with Marciano and became the face of a Guess campaign a year after that.

After that, she became an active model in magazines, brands, and catwalks such as CR Fashion Book magazine and Tom Ford.

She began her first walk for Victoria’s Secret in 2015. In 2017, she was featured in March Vogue in four countries all at once: China, United States, Britain, and Arabia edition.

The next year, Gigi won Choice Model in the 2018 Teen Choice Awards.

“Just be nice to people and be someone people want to work with because if people don’t like working with you it’s just not going to work out.”

“My biggest thing about being a role model is whatever I’m preaching, I’m practicing.”

“I think that not being perfect has given me the freedom to keep getting better.”

“Everyone has a different body shape, so you kind of have to figure out not only what works best for your body type, but what also makes you feel confident. Even if everyone thinks you look good in a bikini, and you don’t feel good in it, you’re not going to be at your best. If you feel great in a bikini, you can always work it.”

“It’s been something that has always been kind of okay with me – not in the sense that I didn’t want to get better, but I always knew that I could get better.”

“I still love doing that. There’s nothing like being able to go back and play volleyball again with a team cause, I can have my volleyball in my New York apartment but we can’t do so much there.”

“My idea of happiness is effortless happiness. The things that ground you. For me it’s art and cooking, for example, and when I can be with my friends and the people I love and do simple things. That’s when I’m the happiest.”

“It’s really about making opportunities for yourself and connecting with people on a more-than-normal level. That opens doors. You never know if the caterer’s brother is someone. You don’t know who someone is having dinner with that night. So being a nice person and touching people creates opportunity.”

“I feel like when I’m working and when it’s not my time off, I like working out alone because it’s kind of like that time that my mind gets to just shut off and I can just focus on working on being a better boxer.”

“I always feel better and more beautiful in things that I’m comfortable in so I was fine with putting a little makeup on and keeping my leggings on and going to a party.”

“I didn’t expect myself to be perfect my first season because no one ever pulled me aside and said, This is how you walk.”

“It makes life so much easier when you can just say ‘I’m human’ at the end of the day.”

“Going and running, just to run on the treadmill, wasn’t my thing.”

“My fitness inspiration has always been athletes, my whole life. Serena Williams is a great friend of mine and Ronda Rousey – we did Sports Illustrated together. Obviously, following powerful women and seeing their bodies and how hard they work is really inspiring to me.”

“I’m an athletic person. But I love my body because I know what it’s been through to be what it is. And honestly I’m not going to change for someone that is depressed about their life.”

“I think it’s really important that I’m not the only model in the world that goes through personal problems. People forget that we’re human. We don’t get to call in sick. You have to go and put on a smile. Every single day is a first impression, so you can’t have a dogged day.”

“Sometimes things aren’t a dream because you don’t really think it’s a possibility. So my goal on a daily basis is just to go to work and be someone that people like to be around. I just want to work hard and be nice to people, and I feel like when you touch people in that way, on a more personal level, then they go to work the next day pushing for you. And that’s when an opportunity comes that you wouldn’t have even expected otherwise.”

“I think my best memories are when I go home to California and I get to play beach volleyball with my friends from home.”

“I’ve met people and have mentors that have taught me, and I’m still trying to get better today.”

“I feel like I try to keep learning every time I step off a runway, I try to get better with each one.”

“My biggest fear is the people I love not knowing how much I love them. I just want to remind people all the time.”

“There were a lot of times where I didn’t get any shows and even until recently got a lot of kind of negative commentary from social media about my runway walk.”

“I read one thing, and 100 people can say good things then you read one bad thing that says you’re the worst and you believe them.”

“So many women around the world in so many different career paths and places are expected to be perfect and I know that it sounds cliché, but none of us are.”

“You have to realize that everyone that you are working with is important. It doesn’t matter where you are starting from; you are always going to run back into those people, and they are going to talk, and that’s going to be the base of whether you get good opportunities or not.”

“Once you just tell yourself, ‘OK, I’m going to have a breakdown right now, and I’m going to cry for an hour, put my phone away. I’m going to go swimming, and then I’m gonna make my family dinner and lay on the couch and watch ‘Ru Paul’s Drag Race,’ once you accept that it’s not the day and you can just have a breakdown, you’re over it.”

“I think that something photographers find about me is that I work really hard to make sure I know what the want before I start shooting.”

“Force it into your brain. You’re a badass and you deserve to be here.”

“I think just having smooth skin is so great because when you get your summer tan, you don’t have to do anything. It’s just soft and smooth.”

“I think friendships are a lot more valuable than one job. If you’re going to let it ruin that, then that’s stupid.”

“I’ve learned that if I only put my mind to one thing that I can get tunnel vision. Then I may not be as open to other opportunities because I’m so focused on one thing. I think what’s worked better for me personally I have three goals every day: Be nice, work hard and make friends. Those are my daily goals, and I feel like those are the things that create opportunity and creating connections that will then lead to other things that I may not have planned for otherwise.“

“The most hurtful thing to me is when people try to put assumptions on me and my relationship because that is not ok. Love is something that’s really serious and private that you can’t try to claim or know.”

1. Her face with red lipstick is classic!

2. Masculine style can’t be wrong when Gigi wears it.

5. Who can resist her beauty? No one!

Due to her hard work, she can be one of the famous supermodels who frequently appears on popular catwalks, well-known brands, and in various magazines.