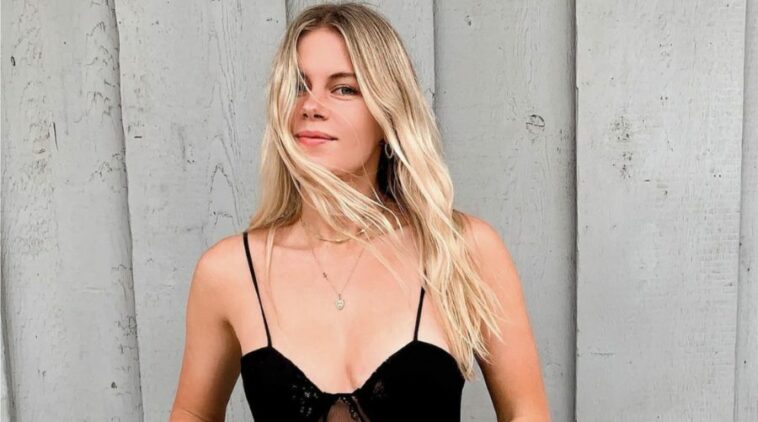 Chrissy Blair was known for her modeling career as well as her appearance as a UFC Octagon Girl.

Since her victory in modeling competition, she got offers from several brands as a model, even signing with Major Model Management in New York City.

She worked for several high-end brands and magazines such as MAXIM, Elegant Magazine, and Sports Illustrated.

She got offered to appear in the UFC as Octagon Girl when her friends contacted her and offered her the role.

She has appeared in several episodes of UFC since then. Aside from her career in modeling and as a ring girl, she is also a businesswoman.

She was a co-founder of health food company, Kalumi, that makes protein bars promoting health and a clear complexion.

“Being models, and having to travel so much for work, we found it hard to stick to a healthy food plan.”

“We believe eating right is the biggest part of the battle, but for the other part, we both have our favorite workout regimens”

“We want to get as many women (and men) glowing and feeling good about themselves as we can.”

“I think people would be surprise at how much me and Vanessa been eating.”

“I was sent to Milan and it was cool experience.”

Chrissy Blair didn’t dream of becoming Octagon girl at first. She became a model after winning a modeling competition and it led her to get an offer as Octagon girl.