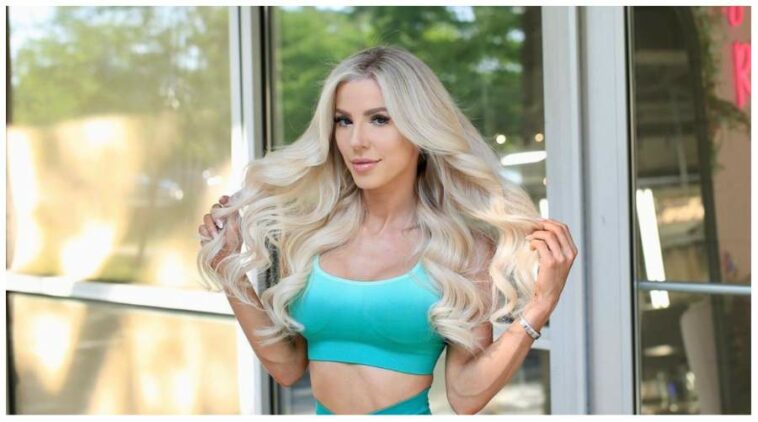 Heidi Somers began hitting the gym with the motivation of losing weight. But she lost track and found her passion in fitness.

She decided to make it into career and began posting pictures and her fitness journey on her Youtube channel.

She made her YouTube channel in 2008. She started by uploading some tips to keep a fit body, sharing on fitness schedules, and weight loss advice.

Later, she also launched her own website that provides exercise regimens and her own clothing line.

Feeling stronger because of her changes in body, she also competed in NPC in 2014 and landed in the top five.

Through her YouTube channel, and posts she shares, she wishes to encourage people to have healthy lives and she has successfully inspired people to change their diets.

Being in the fitness world, Heidi Somers is also dating fellow fitness enthusiast, Christian Guzman, since 2016.

They have been dated for quite a while, though it’s still not clear whether they had a plan for marriage or not.

Heidi Somers is a renowned fitness guru and Instagram Star. She has dealt with endorsement through her social media.

Her net worth might not be clearly disclosed, but it is estimated at $400,000.

“I really focused on strength training, overall health, and just having an everyday physique”

“I was shy, homeschooled and sheltered most of my life”

“I didn’t really care about money. I’d wake up everyday and I couldn’t wait to film and edit it together”

“We emphasize body positivity, inclusivity and diversity. One of the major goals of BBC was and still is to create beautiful yet functional pieces. Pieces that make every woman in every-body feel and look their best. Meticulously designing each piece from the ground up, customizing our size grading to ensure the fit of each piece is the same no matter if you’re an XXS – XXXL.”

“I don’t force or script anything”

“You have to be confident in yourself”

“We definitely talk everything out”

“I have great, amazing, loyal community of women”

“One thing I had to do was be brutally honest with myself and find out what my weaknesses are.”

Heidi Somers was overweight for most of her teenage years. She started hitting the gym to lose weight and found it as passion she could make a career out of.