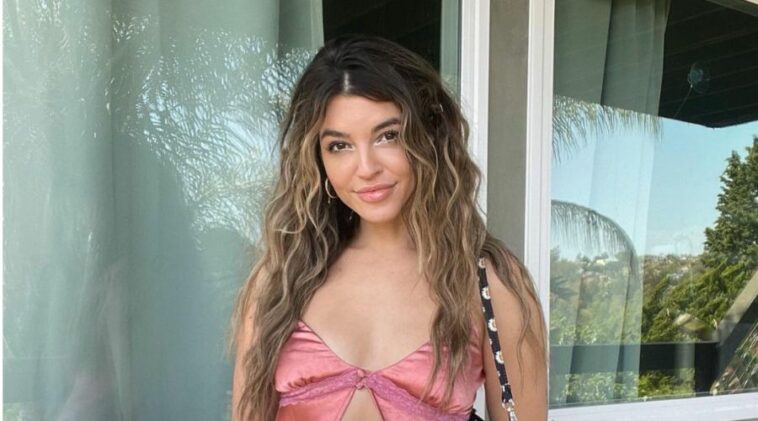 Nikki Blackketter is an American YouTube star and fitness model. She is famous because of her vlogs that encourage people to eat healthier and work out.

Realizing her unhealthy habit of eating junk food while she was in high school, she decided to engage in physical activity and began eating healthier.

She spends time in the gym and finds it has a positive effect on her body. She spent more time at the gym and transitioned to a fitness aficionado and model.

In 2014, she started her YouTube channel that mostly talked about fitness and weightlifting. Aside from fitness, she also makes content about beauty, her daily life, Q&A, and prank.

On her Instagram account, she routinely uses it to do endorsements of some brands. She has worked as a brand ambassador for Cellucor, Alani Nu, and Gymshark.

Between 2014 to 2016, Nikki Blackketter dated Christian Guzman. They met at a bodybuilder competition and decided to connect online. Fortunately, the relationship ended in 2016.

Before dating Teddy Hammork, she dated Miles Sullivan for a year between 2017 to 2018. They both first met in a club in Los Angeles and have developed a feeling since then.

Sullivan is a musician who also runs a digital and affiliate marketing agency in Venice Beach, Claifornia.

Nikki Blackketter was dating Teddy Hammork since 2020. There’s no details about how they started dating or how they met.

The couple broke up in 2022 and through her YouTube video, she stated that they broke up because Hammork didn’t spend enough time with her due to his job.

Nikki Blackketter just broke up with her boyfriend. She is presumably single, as she has not seen anyone.

Nikki Blackketer has been working as a model, and gained massive followers on her YouTube channel. As she she could monetize her channel, she also gets ads from it.

Though she didn’t reveal her annual salary, her estimated net worth was at $1 million. She got her wealth from her YouTube ads, modeling deals, as well as endorsements.

“I want to be a positive and healthy role model for girls to look up to.”

“I always thought that lifting weights would make me look ‘bulky.’ Once I found Jamie Eason and some other great fitness models, I decided to try it out; it was fun and I started to see results pretty quickly.”

“I want to show them that they can live a healthy fun-filled, adventurous life and eat a variety of foods while staying fit at the same time!”

“In the future, I would love the opportunity to travel to Italy and Greece to see some of the culture and history. I would also love to go to Hawaii for the beaches!”