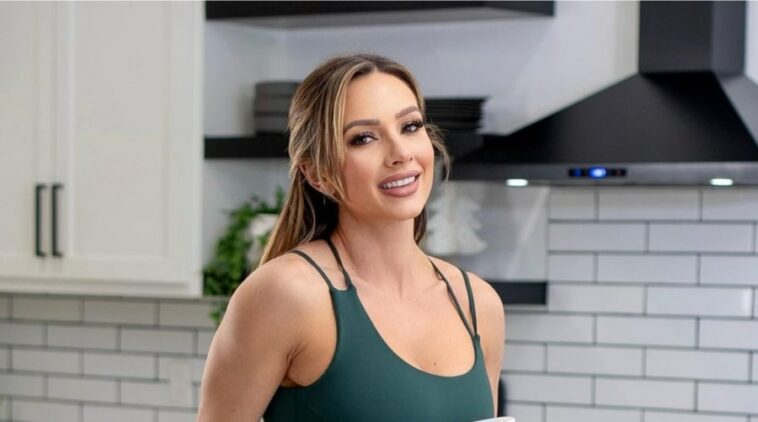 Paige Hathaway settled in Oklahoma after she graduated high school. She was working several jobs to fund her college tuition.

Her journey on making herself fit began in 2011. Following the training she has received, she shares her fitness journey on Instagram and also shares tips about fitness on her YouTube channel.

Her fitness motivation content gained a lot of respond and she became an internet sensation.

Following her fame, she also appeared in several fitness magazines such as Women’s Health, Health and Fitness, and Dakini.

Paige Hathaway was once rumored to have dated professional dancer, Casper Smart after they were seen together in Miami in 2017.

After dating Casper Smart, she was in a relationship with Chase McNary, but before they could make it public, the relationship ended.

Paige Hathaway has been dating Jason Moritz Sebastian for quite a long time. They met for the first time when they were teenagers while attending gatherings in Dallas, Texas.

At that time, they used to flirt with each other but never really spoke about their feelings. After separated for more than 10 years, they met again through a friend and they began dating in 2018.

Paige Hathaway has multiple professions aside from her main job as a fitness model. She became a fitness coach by giving people cents about fitness on her YouTube account.

From her YouTube channel, she could monetize it since it has more than 128,000 subscribers.

Her net worth is estimated at $8 million. She got her wealth from her modeling, ads from YouTube, endorsements, subscriptions to her website, and e-book sales.

“When I first started lifting weights, it wasn’t socially acceptable, and I would get comments like, “You look like a man.” Now everything is evolving, and I get fewer comments like that on social media”

“I think it’s amazing how our generation has made muscles more socially acceptable for women.”

“All publicity is good publicity”

“On my Instagram Stories and on my Snapchat I can be more real with people and actually talk to them about what I’m going through, or what I’m struggling with, but that’s not something you really post on Instagram, because you have to keep it looking good to grow.”

“Look, [influencers’] lives are based on likes and comments, and that’s how we define our success and whether we’re liked. Posts that look good are important for Instagram growth.”

“My goal is to bring fitness back to fitness.”

Paige Hathaway makes her way out of her difficult childhood through fitness. She has been in love with sport and began to take fitness seriously after participating in NPC competitions.