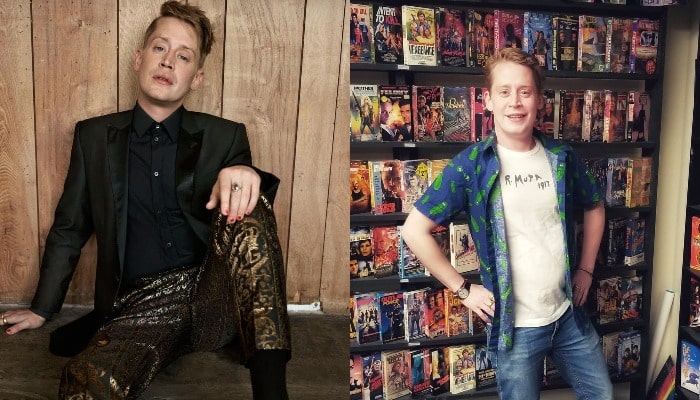 Do you still remember one of the movie Home Alone which tells about a young and smart boy who fight a thief.

This movie was played by Macaulay Culkin when he was 10 years old. Moreover, this movie is one of the movie

However, Macaulay name started to disappear from Hollywood and got into a scandal for narcotics.

Now he is in his 40s. Do you want to know how Culkin looks nowadays? Here 10 portraits of Macaulay Culkin.

Read more: Let’s Meet 6 Beautiful Ladies of The Kardashians, All are Gorgeous

1. Culkin looks more fresh and healthier in this portrait. In February 2020, he said that he wants to get away from scandal ever happened to him

2. Some people hope to see him playing a reboot of Home Alone

3. Some infromation said that he will be a cameo for Home Alone reboot

5. His big bright eyes are still the same as he was young

7. He looks so cool with black sunglasses but cute at the same time because of bunny ears headband

8. He got beard and mustache as he got older

9. Macaulay has a relationship with Brenda Song since 2017

Even he looks so different right now, he still has a great sense of humor when we saw his posts in Instagram. What do you think about him? Are you one of his fans?