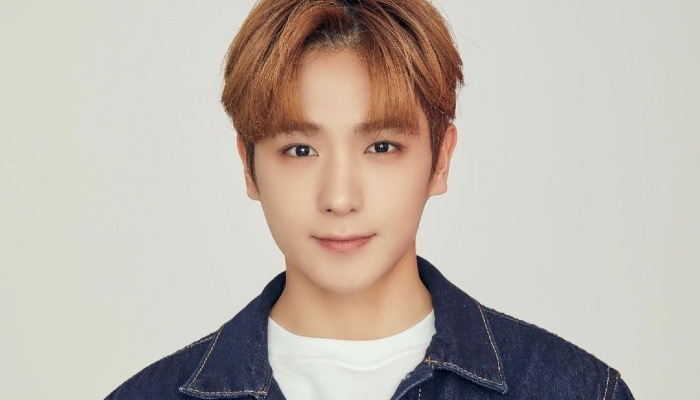 Hyunjae first made his way into the music industry by signing to Cre.ker Entertainment. Under the agency, he trained for several years to perfect his vocals and dancing abilities.

His hard work paid off not long after. This singer was announced as part of the agency’s new group called The Boyz.

He was introduced to the public on July 2017 with his DAZED profile film released on the same day.

Hyunjae made his debut with The Boyz on December 2017. For their debut, they released an EP titled The First. It was released along with the title track 소년 (Boy).

After several successful release, The Boyz made their first studio album Reveal. It was released in February 2020 with nine songs in it.

The album was generally well received. It even topped the Gaon Album Chart.

Hyunjae also works as an actor. He made his acting debut in 2021. This K-pop idol starred in web drama I Can See Your MBTI.

2. Loving the soft look he’s got

3. He has a really cute smile

4. The sweater makes him looks warmer and brighter

5. Hyunjae manages to stay cool in the water

Hyunjae is an important part of The Boyz. He will definitely lead a successful career in the music industy.