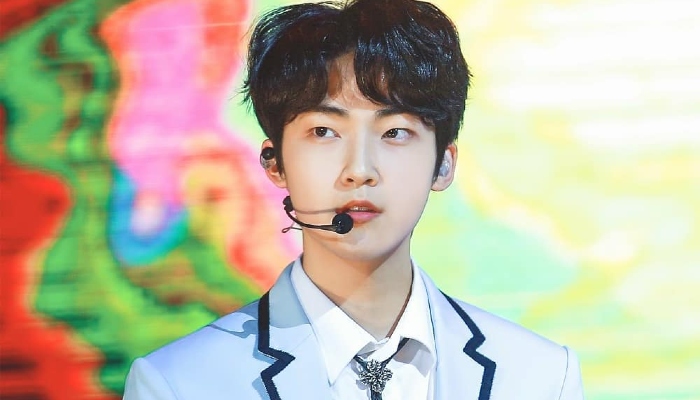 Kevin has always been serious in making a career in the music industry.

At 18 years old, he moved from Canada to South Korea to pursue his musical career. He eventually joined the agency Cre.ker Entertainment.

In 2016, this singer participated in a singing competition show K-pop Star. He didn’t win the show, but managed to get his name out there.

Kevin even got to be in Saimdang, Light’s Diary Soundtrack in April 2017. Under his Korean name Moon Hyeong-seo, he released his first single Half.

This Pisces man then became part of new group The Boyz. He was introduced to the public on July 2017, with video of him singing released online. He was presented as the main vocalist of the group.

Kevin got his debut with The Boyz on December 2017. They released an EP titled The First as their debut album.

As part of the release, the group also held a showcase. Kevin’s family came from Canada to support him.

After their successful debut, The Boyz went on to release several more EPs. They also released their first studio album in February 2020.

The album was named Reveal, with a total of nine songs in it. Reveal got to number 1 on Gaon Album Chart.

Other than being a great singer, this K-pop star is also talented in songwriting. He was involved in creating many songs under The Boyz.

1. Kevin always has the most fun on stage

2. He looks adorable when smiling

4. He looks really cool in this blue denim jacket

5. Kevin can also bring a bit of mysterious vibe

Kevin has worked so hard since the beginning of his career. He definitely deserves all his success.